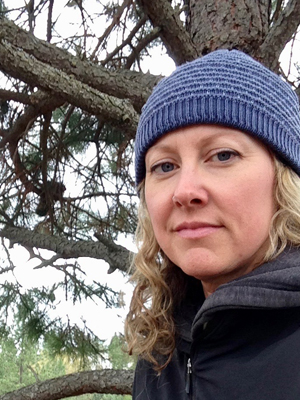 You might recall that in January 2016, the U.S. Forest Service authorized Idaho Department of Fish and Game (IDFG) to make 120 helicopter landings in the River of No Return Wilderness to place radio telemetry collars on 60 elk, despite the Wilderness Act’s clear prohibition on motorized intrusions and its directive to preserve an untrammeled Wilderness. To our knowledge, this was the most extensive helicopter intrusion in Wilderness that has ever been authorized. IDFG said the project was necessary to study an elk-population decline that has occurred since the return of gray wolves to the Wilderness and to inform IDFG’s future decisions concerning hunting, trapping, and “predator control” actions in the Wilderness.

Represented by Earthjustice, Wilderness Watch, Friends of the Clearwater, and Western Watersheds Project filed suit in Federal District Court—hours after receiving a copy of the signed special use permit authorizing project implementation. Within the next three days—over the weekend—while the suit was pending and before we could get before the judge, IDFG inundated the River of No Return Wilderness with repeated helicopter flights and landings. And, even though it was abundantly clear IDFG was not authorized to harass and collar wolves, IDFG nonetheless captured and collared four wolves. IDFG released those 60 elk and four wolves with collars transmitting precise location points to IDFG – an agency with an unapologetic history of wolf extermination efforts and a current plan to “aggressively manage elk and predator populations,” including exterminating 60 percent of wolves within the Middle Fork Zone of the River of No Return Wilderness.

The judge assigned to the case was no stranger to this issue. Back in 2010, after the reintroduction of wolves in Idaho, the same judge sat on our case where IDFG requested permission from the Forest Service to use helicopters to dart and collar at least one wolf in every pack in the same area. The judge reluctantly allowed the activity because the case represented the “most rare of circumstances” where “[i]t was man who wiped out the wolf from this area[, and] now man is attempting to restore the wilderness character of the area by returning the wolf.” But, the judge noted “the next helicopter proposal in the [Wilderness] will face a daunting review,” and “[t]he Forest Service must proceed very cautiously here because the law is not on their side if they intend to proceed with further helicopter projects in the [Wilderness].” The judge also put the Forest Service on notice that it “would be expected to render a final decision [on any future helicopter projects in the Wilderness] enough in advance of the project so that any lawsuit seeking to enjoin the project could be fully litigated.”

Not surprisingly, the judge was concerned that “[t]he agency ignore[d] that directive in the present case,” and then the agencies argued that the Court didn’t have jurisdiction to review the case because IDFG had already completed the action. The Court rejected that argument, found the Forest Service in violation of the Wilderness Act and the National Environmental Policy Act, and enjoined IDFG and the Forest Service from utilizing the fruits of their illegal activity. Specifically, the judge’s order 1) forbade the Forest Service from considering the data from the illegally placed collars and from approving any future wildlife-related helicopter projects without delaying implementation for at least 90 days to allow time for litigation, 2) forbade IDFG from using any of the illegally obtained collaring data to justify future collaring proposals in Wilderness, and 3) ordered IDFG to destroy data received from the collars.

Both the Forest Service and IDFG appealed that ruling to the Ninth Circuit Court of Appeals. But, the appeal was narrow. The agencies did not contest their violations of the Wilderness Act and NEPA. Instead, they argued, once again, that the Court did not have jurisdiction to hear the case in the first place because the action was already done and that, even if it did have jurisdiction, it went too far in its injunction against IDFG and the Forest Service.

In March 2020, after four years of litigation, we received an opinion from the Ninth Circuit largely upholding the lower Court’s order but narrowing the injunction. The Circuit reduced the 90-day implementation delay to 30 days, and it held IDFG does not need to destroy the data it obtained, but the Forest Service cannot consider that data as a basis for any future projects in the Wilderness. Importantly, the Circuit flatly rejected the argument that the case could evade judicial review by virtue of the agencies rushing to complete the project before the judge could rule, noting:

While this ruling will make it more difficult for the agencies to avoid judicial review of similar projects in the future, we know we have not seen the last of IDFG’s relentless focus on killing wolves, and we know they’ve got their eyes set on the River of No Return Wilderness. And, as the Ninth Circuit observed, the Forest Service has taken pains to avoid a show-down with IDFG—we have no indication this will change either. In fact, shortly after we received news of the Ninth Circuit opinion, IDFG announced that it killed 17 wolves in the Lolo area in Idaho—a remote, roadless area in the Nez Perce-Clearwater National Forest north of the Selway-Bitterroot Wilderness. Wolves in the Lolo area have been brutally targeted by IDFG for years in an effort to inflate elk numbers to meet IDFG’s objectives. We know from Freedom of Information Act documents and other reports that IDFG regularly utilizes GPS collaring data to track and kill wolves, oftentimes through aerial gunning. Even more appalling, the documents and reports also show that IDFG and cooperating agencies utilize “Judas wolves”—a collared wolf that is tracked to its pack via GPS data. The pack is killed, but the collared “Judas wolf” is spared and then tracked until it establishes with another pack. Then that pack is gunned down, once again sparing the collared wolf who is doomed to repeat this horrible cycle over and over again.

IDFG’s narrative about the Lolo area sounds remarkably similar to the story it is telling about the Frank Church-River of No Return Wilderness. It has a plan to kill 60 percent of the wolves in the heart of the Wilderness to return elk numbers to levels observed in the 1990s – before the return of wolves to the Wilderness and before the restoration of natural predator / prey dynamics. We assume IDFG will pull no punches in pursuing that goal. We’ve already seen, and challenged, IDFG’s use of a professional trapper to kill two resident wolf packs—the Golden Creek and Monumental Creek packs—deep in the Wilderness. The Forest Service authorized IDFG’s use of a Forest Service cabin to serve as the trapper’s base camp, and it waived special use permit requirements, which allowed IDFG to proceed without public notice or federal oversight. As noted above, we challenged two IDFG helicopter-assisted collaring projects in the Wilderness, both geared toward advancing IDFG’s Elk Management Plan and its “aggressive” predator control measures. These projects were carried out under authorization from the Forest Service, including the rushed implementation of the second project in blatant disregard of a federal court order. And, in the last year, IDFG has significantly relaxed hunting limits on wolves and pushed to open airstrips within and adjacent to the Wilderness to increase hunter access.

All of this is going on with Forest Service acquiescence and to the detriment of Wilderness, the values it safeguards, and the wild places and animals that find increasingly rare refuge within its borders. The Forest Service—the agency entrusted to protect this Wilderness pursuant to the tenets of the Wilderness Act—has demonstrated that it finds IDFG the squeakiest wheel. We will keep the pressure on in the courts, but we need to be louder than IDFG. We need to raise our collective voice in defense of this incredible place, in defense of the animals who call it home, and in defense of the idea of Wilderness. Intensive manipulation of wildlife populations is fundamentally antithetical to preserving “an area where the earth and its community of life are untrammeled by man” and “primeval character and influence” are retained. The use of helicopters to pursue, capture, and place telemetry tracking collars on wild animals deep within the Wilderness—to transmit their every movement to a computer, manned by a “game” agency that places high value on control and manipulation—is fundamentally antithetical to everything Wilderness is about. It’s well beyond time for the Forest Service to take a stand for Wilderness.

And, even though its track-record is not encouraging, IDFG can also take this as an opportunity to pivot. IDFG will face growing public opposition to its wolf eradication and Wilderness manipulation efforts, and the latest court case has made it much more difficult for IDFG’s activities to slide under the radar of judicial review. It is time for IDFG to adopt an approach to wildlife management that respects natural processes and Wilderness. It is incumbent upon the Forest Service to ensure this happens.

You can help defend wolves and Wilderness in Idaho by writing to the responsible U.S. Forest Service officials and demand they stop sanctioning Idaho’s aggressive predator killing programs.

You can also make a special donation to Wilderness Watch to help us continue the fight to defend wolves and Wilderness in Idaho.