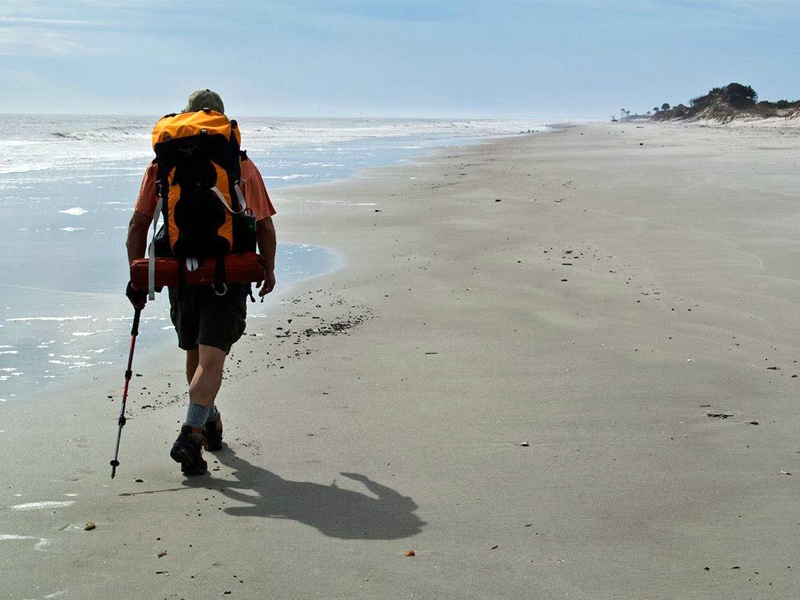 The Georgia chapter of Wilderness Watch works to protect 14 of the most awe-inspiring, biologically diverse Wildernesses in the country, from the mountainous Cohutta Wilderness to the coastal plain’s Okefenokee Wilderness—the East’s largest Wilderness.

The Georgia chapter of Wilderness Watch is currently focused on the Cumberland Island Wilderness, where endangered sea turtles nest on wide, wind-swept beaches. Cumberland is the largest barrier island Wilderness in the East and also one of the most important; the United Nations recognized its significance by designating it an international biosphere reserve.

Unfortunately, the National Park Service on Cumberland Island has ignored Wilderness laws by promoting commercial driving tours and development within the Wilderness. Wilderness Watch has successfully litigated to protect Cumberland Island in the past, and Georgia Chapter works to address issues on the island, with the current focus on removing the Hunt Camp from the Wilderness, feral horses and hogs, and motorized tours.

HUNT CAMP—
Located adjacent to the Plum Orchard Historic District, which is surrounded by the Cumberland Island Wilderness (CIW), the Hunt Camp annually serves six three-day hunts from October through January. The Chapter recently found the Camp to be located inside the Wilderness boundary. Over time the facility has grown from a simple ranger check-in station with campsites, to a hunting resort—with a ranger house, a separate hot shower/restroom facility for hunters, a hanging cooler, and a ranger valet service to bring the kill back to camp. It also serves as a multi-use facility for volunteer groups and even commercial kayak tours from the mainland. Although our position is that the infrastructure must be removed, we are not advocating stopping the basic hunting program. The NPS is considering options to keep it as is and where it is. So much for responsible Wilderness stewardship!

FERAL HORSES AND HOGS—
Severe and long term damage to the island’s ecosystem by feral cattle, horses, and hogs is well documented. While management efforts to safeguard sea turtle nests from hog depredation have been successful, the effort requires continual control. Although cattle were successfully removed from the island, hogs and horses remain a major problem. The 1984 Management Plan called for removal of horses, an action yet to be undertaken as the NPS seeks to preserve a tourism amenity and avoid making an unpopular decision. The hog population will simply have to continue to be controlled, as their total elimination would be difficult.

MOTORIZED TOURS—
In 2004, a last minute legislative “rider” attached to the Omnibus Spending bill dissected the CIW with new vehicle corridors, while mandating five to eight daily NPS vehicle tours on the now excluded routes, to the north end of the island and eastward to the beach. The legislation was ostensibly to provide easier access to the north end “historic district” for those visitors unable (or unwilling) to hike through the Wilderness, but it has provided for resuming a private commercial tour daily traversing the island beach and Wilderness. So much for legislation in the public interest!

If you’re interested in helping to protect Wilderness in Georgia, please contact us at: This email address is being protected from spambots. You need JavaScript enabled to view it./828-626-3838/Georgia Chapter Wilderness Watch, P.O. Box 796, St. Marys, GA 31558.