Victory for River of No Return Wilderness and Its Wildlife 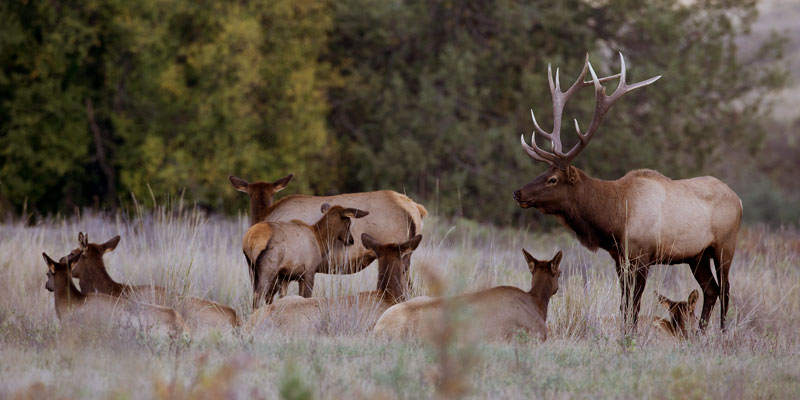 In a major victory for Wilderness and wildlife, on March 9, 2020, federal Judge B. Lynn Winmill ruled in January 2017 that the Forest Service’s approval of Idaho Fish and Game’s helicopter-assisted elk-collaring project in the Frank Church-River of No Return Wilderness (FC-RONRW) was unlawful, that Idaho Fish and Game illegally collared four wolves, and that Idaho Fish and Game must destroy data gathered from the illegally placed elk and wolf collars. Rejecting the State of Idaho’s argument that it does not need Federal approval to conduct these activities in Wilderness, Judge Winmill was clear—“[t]he ‘overarching purpose’ of Congress in passing the Wilderness Act was to preserve the ‘wilderness character’ of that land[,]” and the State of Idaho “must obtain approval from the Forest Service before undertaking a project in the Wilderness Area.”

The judge ordered IDFG to destroy data from the collars, forbade the agencies from using that data to support future project proposals, and ordered a 90-day implementation delay of future helicopter projects to allow time for legal challenges. The State of Idaho and the Forest Service appealed this ruling to the Ninth Circuit Court of Appeals in spring of 2017, conceding they violated the law but arguing the judge didn’t have jurisdiction to hear the case because the project was already completed and that the injunction terms were too harsh. They asked the Idaho District Court to reconsider its injunction requiring the agencies to destroy data obtained from illegally placed elk and wolf collars and to delay implementation of any future helicopter projects in the Wilderness for at least 90 days to allow for judicial review.

In March 2020, a Ninth Circuit opinion largely upheld the lower Court’s order but narrowed the injunction. It reduced the 90-day implementation delay to 30 days, and held IDFG does not need to destroy the data it obtained illegally, but the Forest Service cannot consider it as a basis for future projects in the Wilderness. Importantly, the Circuit flatly rejected the argument that the agencies could evade judicial review by rushing to complete the project before the judge could rule. While this ruling will make it more difficult for the agencies to avoid judicial review of similar future projects, we know IDFG’s relentless focus on killing wolves isn’t over, and they’ve got their eyes set on the River of No Return Wilderness. We’re watching and ready to head to the courtroom again to protect this spectacular place.

• Read a press release about the 2017 decision

• Read more about the issue in a Wilderness Watch article

On January 7, 2016, Earthjustice, on behalf of Wilderness Watch, Friends of the Clearwater, and Western Watersheds Project, filed a complaint in federal court to stop the Idaho Dept. of Fish and Game from conducting a major helicopter-supported elk capturing and collaring project (of up to 120 helicopter landings) as part of Idaho's egregious plans to eventually kill more than half of the wolves in the Frank Church-River of No Return Wilderness in central Idaho. The FC-RONRW is the largest contiguous Wilderness in the lower 48 states.

The project represents the most significant motorized intrusion ever approved within a national forest Wilderness, where motorized access is generally banned.