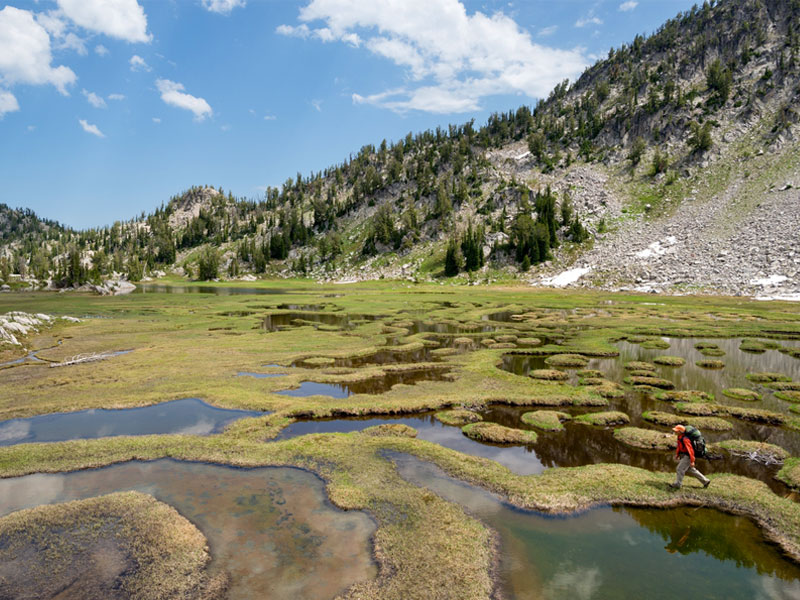 The wilderness community has united to head off efforts by some mountain bikers to open Wilderness to their machines. In a June 2018 letter, 150 organizations from across the country urged Congress to oppose attempts to amend and weaken the Wilderness Act and wilderness protections by allowing bicycles in Wilderness. Wilderness Watch led the sign-on letter effort, and is presenting the letter to Congress with 149 other organizations.

The sign-on letter from the 150 organizations was prepared in response to two Republican bills (S. 2877 and H.R. 1349), which would open up all of America’s 110-million acres of Wilderness to mountain bikes and other wheeled contraptions within two years of passage.

For the last half century, the Wilderness Act has protected Wilderness from mechanization and mechanical transport. Supporters of S. 2877 and H.R. 1349 erroneously claim that mountain bikes were allowed in Wilderness until 1984, but then banned administratively by the U.S. Forest Service. This claim is not true.

In a seemingly cynical attempt to use people with disabilities as a justification for the bills, the legislation lists “motorized wheelchairs” and “non-motorized wheelchairs” as the first uses to be authorized (even prior to the listing of “bicycles”), despite the fact that the 1990 amendments to the Americans with Disabilities Act (ADA) have allowed wheelchairs in designated Wilderness for more than a quarter-century.

Mountain bikes have their place, but that place is not inside Wilderness. At a time when wilderness and wildlife are under increasing pressures from increasing populations, growing mechanization, and a rapidly changing climate, the last thing Wilderness needs is to be invaded by mountain bikes and other machines.

“We believe that this protection has served our nation well, and that the ‘benefits of an enduring resource of wilderness’ would be forever lost by allowing mechanized transport in these areas,” the 150 organizations wrote Congress.