We Vote for Nature's Way 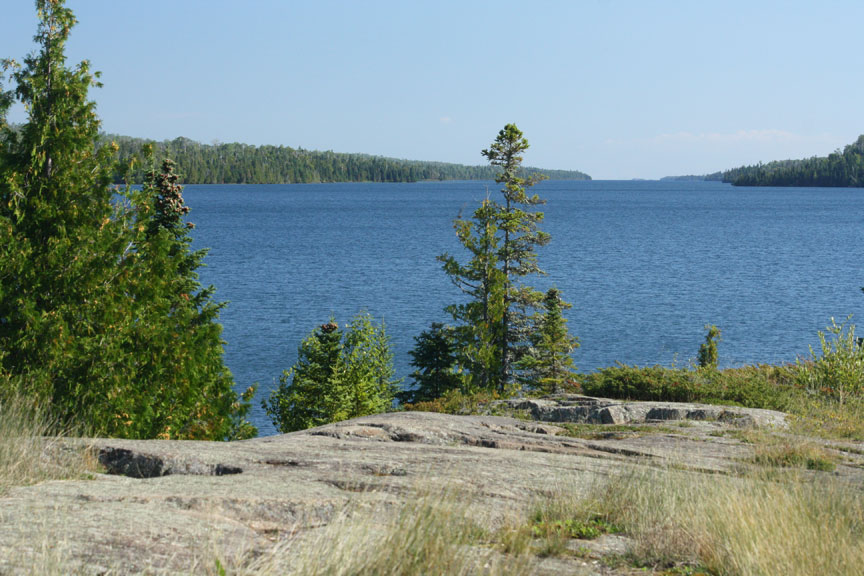 The National Park Service is moving ahead with its ill-advised plan for heavy-handed manipulation of the Isle Royale Wilderness in Michigan. The Park Service has captured wolves from other places in the region, and released them on Isle Royale, 99 percent of which is designated Wilderness. The agency’s goal is to ultimately release 20 to 30 wolves there—an action that is both inhumane and fundamentally at odds with the mandates of the Wilderness Act.

The individual wolves are being removed from their packs and exiled to Isle Royale—an isolated island in the Great Lakes—where, in addition to being collared and under constant surveillance, they will most likely suffer the same inbreeding fate that has decimated wolves throughout their short-lived history on Isle Royale. The Park Service’s primary motivations consider neither wolves (one female wolf died during relocation and a male wolf died on the island following reintroduction) nor the Wilderness it’s entrusted to protect, but revolve around the continuation of a wolf-moose predator-prey study and tourist desires to see or hear wolves.

While Wilderness Watch has long worked to protect wolves in Wilderness, the National Park Service’s project fails both wolves and Wilderness. Ice bridges have formed connecting the island to the mainland three out of the last five years, but rather than populating the island, wolves have chosen to reside on or return to the mainland. The best course of action for Isle Royale is to allow wolves to decide whether they will come or go from the island via natural migration. This would allow the island and its wolves to remain wild, in stark contrast to the Park Service’s artificial predator stocking plan.

Should we manipulate and MANage wildlife and ecosystems in Wilderness for the benefit of researchers and tourists, or should we let nature decide? That’s the question facing the National Park Service at Isle Royale Wilderness in Michigan.

In early 2017 Wilderness Watch submitted comments supporting Alternative A, “No Action, on the “Draft Environmental Impact Statement to Address the Presence of Wolves” (DEIS) for Isle Royale National Park and Wilderness in Michigan. This would allow wolves to come to and go from the island based on natural migration. The Park Service considered different translocation alternatives that would bring wolves to the island from the mainland, though Wilderness Watch does not support such manipulations of the wolf population on Isle Royale.

Wolves are relative newcomers to Isle Royale, the largest island in Lake Superior, having arrived in the late 1940s after crossing a 14-mile ice bridge from Ontario to the Michigan island. They became part of the world’s longest-running and most famous predator-prey study (along with the island’s moose). The wolf population has averaged 25, but this year was down to two. Wolves have come and gone from Isle Royale over the years as ice bridges have permitted. But inbreeding and other factors associated with their isolation have caused the wolf population to steadily decline for many years. In February of 2015, three wolves crossed the ice to Isle Royale, but returned to the mainland after five days, despite the abundant moose population on Isle Royale.

The motivations for exiling the mainland wolves to the island are primarily to continue the predator-prey study and to satisfy tourist desires to see or hear wolves. There is some concern that Isle Royale’s moose population—the wolves’ primary prey—could explode, but moose numbers are declining throughout the upper Midwest to the point they have been proposed for listing as a threatened or endangered species.

Wilderness Watch works to protect wolves in Wildernesses across the country, including going to federal court several times to protect them from trapping, shooting, and other forms of harassment. We believe that in Wilderness natural processes, not human demands, should determine whether predators stay or go. For this reason, Wilderness Watch strongly supported Alternative A, the no-action alternative, which would honor and preserve the area’s wilderness character while letting the wolves decide if they want to recolonize Isle Royale.

• Read more on why we vote for nature's way