Mining Exploration Halted in Famed River of No Return Wilderness 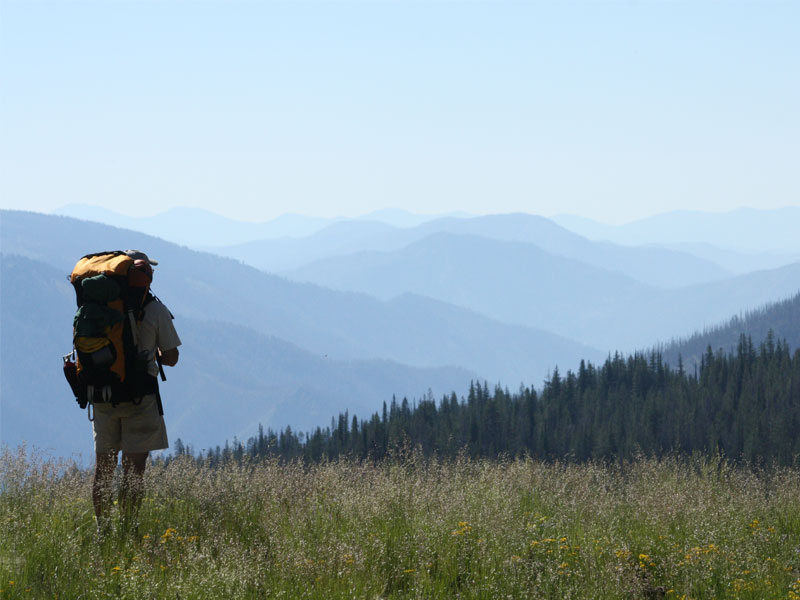 Wilderness Watch and several other conservation groups have scored a major victory for the Frank Church-River of No Return Wilderness in Idaho! On August 2, 2016, a federal judge in Idaho issued an order declaring that the U.S. Forest Service’s approval of the Golden Hand Mine—an extensive drilling, bulldozing, and road construction project within the Frank Church-River of No Return Wilderness—violated the Wilderness Act, the National Forest Management Act, and the National Environmental Policy Act.

The ruling was in response to a lawsuit Wilderness Watch and several other conservation groups filed in July 2015. The court decision invalidates the mining plans by the American Independence Mines and Mineral Company (AIMMCO), and requires the Forest Service to conduct further analysis of the proposed mining exploration and evaluate less invasive alternatives for activities in the Wilderness.

In response to this ruling, in May 2018 the Forest Service released a Surface Use Determination (SUD) for Golden Hand Claims 1 and 2, which concludes that most of AIMMCO's proposed confirmation activities are really exploration rather than the allowed limited mineral claim confirmation around preexisting exposures. The SUD recommends disallowing and limiting much of the drilling and trenching, including no drill pads or pit trenches on Golden Hand Claim 2 and limit drilling on Claim 1.

Many thanks to our attorneys at Advocates for the West and the Western Mining Action Project for their extraordinary work on the case.

On July 7, 2015, Wilderness Watch and several other conservation groups filed a lawsuit challenging the Forest Service’s authorization of extensive drilling, bulldozing, road construction, and motor vehicle traffic in the Frank Church-River of No Return Wilderness. American Independence and Mineral Mining Company (AIMMCO) wants to explore whether an old mining claim from the 1880s is viable. The River of No Return Wilderness in central Idaho is the largest contiguous Wilderness in the lower 48 states and is bordered to the north by the Gospel Hump Wilderness and the Selway-Bitterroot Wilderness. It is also home to the Main Salmon River and Middle Fork of the Salmon River—both prized for their impressive whitewater and remote wilderness settings.

The Forest Service has authorized as many as 571 motorized trips per year into the Golden Hand mine site within the Wilderness. The majority of these trips would be to transport workers in pickup trucks for shift changes, even though workers could hike or use stock like every other person in Wilderness.  AIMMCO would also use jackhammers, drillers, dump trucks, bulldozers, and other heavy machinery in the Wilderness to construct over four miles of road, to construct 11 drill pads and drill 13 to 18 core holes 500 to 800 feet underground, to excavate several trenches to bedrock, and to pump water from Coin Creek. These activities grossly exceed what the Wilderness Act contemplates for proving the validity of a claim, and the Forest Service’s authorization sets a horrible precedent for Wilderness nation-wide.

Wilderness Watch and our co-plaintiffs are represented by attorneys at Advocates for the West and the Western Mining Action Project in our lawsuit. Read more.

Read our Objection.
Read our Complaint.

ACTION ALERT (Comments due 9/16/12):
Please take action today to help protect the FC-RNR Wilderness from this proposed mining activity. Comments on the draft Environmental Impact Statement (DEIS) may be emailed to: This email address is being protected from spambots. You need JavaScript enabled to view it. or sent via US mail to Payette National Forest, ATTN: Keith Lannom, 800 W. Lakeside Ave., McCall, ID  83638. Please try to submit your comments by the September 16th deadline. Some of the points you may wish to consider are: