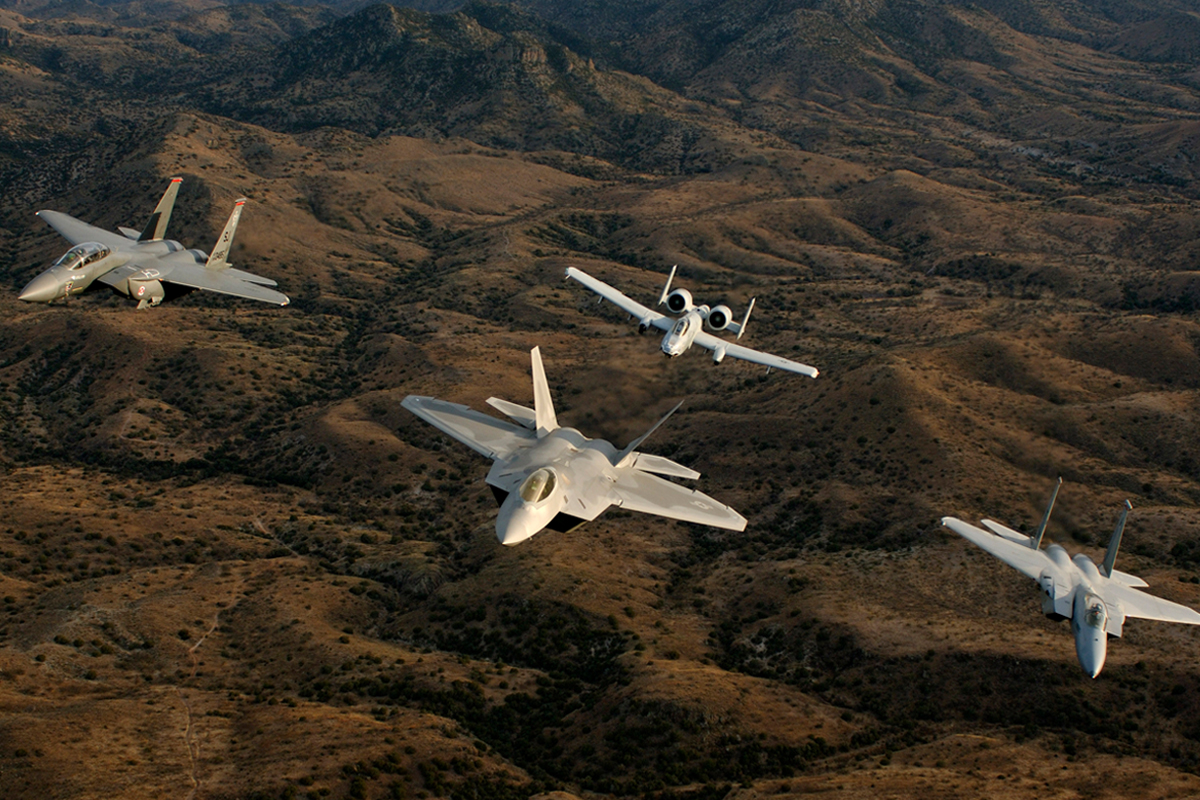 The Air Force wants to make changes to 10 Military Operation Areas (MOAs) to enhance its airspace training capabilities. Specifically, the Air Force wants to lower the altitudes of existing MOAs to support low-altitude training (in some cases, as low as 500 feet above the ground, and in one just 100 feet above the ground), authorize supersonic training at lower altitudes in more MOAs, and authorize use of chaff and lower the minimum release altitude for flares. The Air Force also proposes to expand the size of the Tombstone MOA.

Research documents the serious health effects of aircraft noise on humans and wildlife, including low-level supersonic jet flights, such as auditory damage and startling response. And extreme sound disturbances can cause wildlife to abandon important habitat and impact their ability to successfully feed, mate, nest, and raise their young. For people who seek quiet and solitude in these Wildernesses, military training exercises are always at odds with experiencing such values of Wilderness and should be prohibited.

Flares comprised of aluminum and Teflon are released to mislead heat sensitive or seeking targeting systems. They allegedly burn out far above ground level, but there are documented cases of them being mistakenly released at low altitudes, reaching the ground, and igniting fires. Chaff bundles containing up to 5 million aluminum-coated silica fibers are used to obscure radar, and are designed to stay airborne as long as possible before they settle to the ground.

We shouldn’t sacrifice Wilderness areas when there are better places for this military training. The Air Force needs to hear from the public that it should not damage and degrade the wildness of these designated Wildernesses with its proposal.