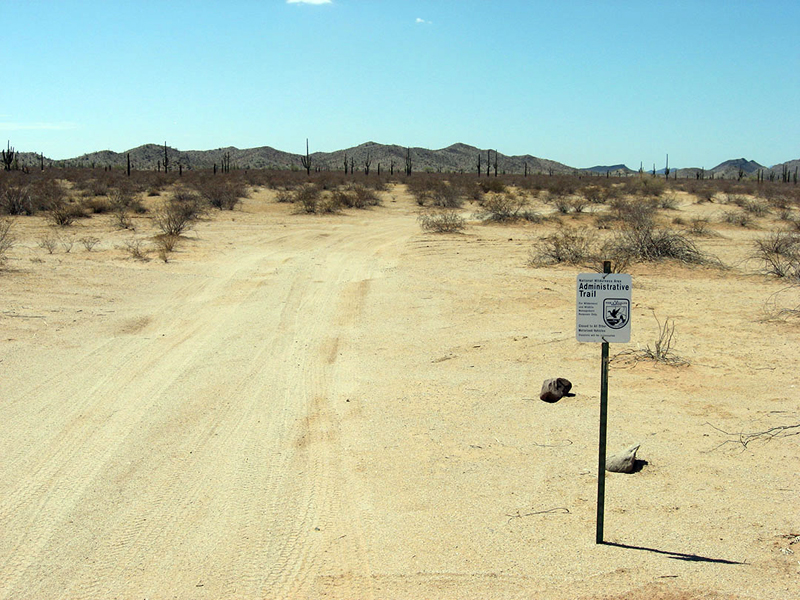 In 2015, a local Wilderness Watch member, Fred Goodsell, sounded the alarm that the U.S. Fish and Wildlife Service (FWS) had designated an illegal vehicle route as an “administrative road” through the Cabeza-Prieta Wilderness in southwest Arizona. The route, known as Los Vidrios, was reportedly created for and used as a smuggling route for many years before vehicle barriers were installed along the U.S. border with Mexico.

On behalf of Goodsell, Wilderness Watch, and the Grand Canyon Chapter of the Sierra Club, local attorney Cyndi Tuell sent a letter to the FWS stating the Service’s actions were likely in violation of both the Endangered Species Act and the Wilderness Act. The letter insisted the Los Vidrios route be identified on all agency maps and documents as an illegal, unauthorized route, and the signage be changed from an “Administrative Trail” to “Road Closed” north of the Camino del Diablo, a dirt road that divides the 803,000-acre Wilderness.

Soon after receiving the letter, refuge manager Sid Slone responded in writing by assuring us the “Administrative Trail” sign would be replaced with a “Road Closed” sign and the route would no longer be referred to as an administrative trail on future maps created by the FWS. In a subsequent email, he also assured us the route would not be used to perform refuge duties.

Kudos to Fred and Cyndi for their great work to protect the Cabeza-Prieta Wilderness from this illegal road!