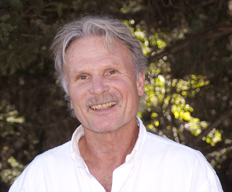 With the delisting of wolves from protection under the Endangered Species Act, their management has been turned back to the individual states where wolves occur. Most of these state agencies are adopting policies that treat wolves as persona non grata, rather than as valued members of their wildlife heritage. Nowhere do I see any attempt by these state agencies to educate hunters and the general public about the ecological benefits of predators. Nor is any attempt to consider the social ecology of wolves or other predators reflected in management policies. Wolves, like all predators, are seen as a “problem” rather than as a valuable asset to these states.

State agencies are increasingly adopting policies skewed toward preserving opportunities for recreational killing rather than preserving ecological integrity. State agencies charged with wildlife management are solidifying their perceived role as game farmers. Note the use of “harvest” as a euphemism for killing. Their primary management philosophy and policies are geared toward treating wildlife as a “resource” to kill. They tend to see their role as facilitators who legalize the destruction of ecological and wilderness integrity, rather than as agencies dedicated to promoting a responsible land and wildlife ethic.

Want proof? Just look at the abusive and regressive policies states have adopted to “manage” (persecute) wolves and other predators. Idaho Fish and Game, which already had an aggressive wolf killing program, recently announced it will transfer money from coyote killing to pay trappers to kill more wolves so it can presumably increase elk and deer numbers.

The Montana Department of Fish, Wildlife and Parks supports new regulations that will lengthen the wolf killing season, increase the number of tags, and reduce the license fee charged to out of state hunters. In 2011, the agency requested permission to kill all but 12 wolves in the Bitterroot Mountains, including those within the Selway-Bitterroot Wilderness, claiming wolves were killing too many elk.

Wyoming is even more regressive. Wolves are classified as “Predatory Animals” in much of the state and can be shot on sight at any time without a license or a “bag limit” in many parts of the state.

Alaska, which already has extremely malicious policies toward wolves, is attempting to expand wolf killing even in national parks and wildlife refuges (it is already legal to hunt and trap in many national parks and refuges in Alaska). For instance, Alaska Fish and Game (AFG) is proposing aerial gunning of wolves in Kenai National Wildlife Refuge and wants to extend the hunting/trapping season in Lake Clark National Park, Katmai National Park, and Aniakchak National Preserve. The state has also proposed aerial gunning of wolves and gassing of pups in their dens in the Unimak Wilderness, ostensibly to increase caribou numbers. Fortunately, after a national public outcry, the U.S. Fish and Wildlife Service rejected this proposal.

Similar persecution of wolves to various degrees is occurring in Minnesota, Wisconsin, and Michigan.

South Dakota Game, Fish and Parks is on a vendetta against a small newly established mountain lion population in that state, and has greatly increased its mountain lion killing quotas.

The point is these agencies are still thinking about predators with a 19th- century mindset when the basic attitude was the “only good predator is a dead predator” and the goal of “wildlife management” was to increase hunter opportunities to shoot "desirable” wildlife such as elk, deer, moose, and caribou.

Many state game farming agencies suggest they have to kill predators to garner “social acceptance” for them. Killing wolves, bears, coyotes and mountain lions is suggested as a way to relieve the anger some members of the ranching/hunting/trapping community have towards predators. Is giving people who need counseling a license to kill so they can relieve their frustrations a good idea?

Despite the fact that many of these same agencies like to quote Aldo Leopold, author of A Sand County Almanac, and venerate him as the “father” of wildlife management, they fail to adopt Leopold’s concept of a land ethic based upon the ecological health of the land. Leopold understood that ALL wildlife play an important role in wilderness and ecosystem integrity. Leopold wrote: “The outstanding scientific discovery of the twentieth century is not television, or radio, but rather the complexity of the land organism. Only those who know the most about it can appreciate how little we know about it. The last word in ignorance is the man who says of an animal or plant: “What good is it?” If the land mechanism as a whole is good, then every part is good, whether we understand it or not. If the biota, in the course of aeons, has built something we like but do not understand, then who but a fool would discard seemingly useless parts? To keep every cog and wheel is the first precaution of intelligent tinkering.”

To keep every cog and wheel means not only keeping species from going extinct, but maintaining the ecological processes that maintain ecosystem function. What makes state game farming policies so unacceptable is that there is no excuse for not understanding the ecological role of predators in ecosystem integrity. Recent research has demonstrated the critical importance of predators for shaping ecosystems, influencing the evolution of prey species, and maintaining ecosystem integrity. We also know that predators have intricate social relationships or social ecology that is disrupted or destroyed by indiscriminate hunting.

Yet state game farming agencies continuously ignore these ecological findings. At best, their policies demonstrate a lack of professionalism. At worst, they show the agencies are as ignorant of recent scientific findings as many of the most vocal hunters/trappers they serve.

The problem is that state game farming agencies have a conflict of interest. Their budgets depend on selling killing permits, which depends upon the availability of elk, deer, moose, and caribou. Any decline in “game” animal populations is seen as a potential financial loss to the agency.

Therefore, these agencies tend to adopt policies that maintain low predator numbers. Yet, these same agencies are never up front about their conflict of interest. They pretend they are using the “best available science” and “managing” predators to achieve a “balance” between game and predators.

Because of this conflict, game farming agencies turn a blind eye to ethical considerations. Most of the public supports hunting that avoids unnecessary suffering of the animals. People want to know the animal was captured and/or killed in an ethical manner. In other words, the animal had a reasonable chance of evading the hunter/trapper and is consumed rather than killed merely for “recreation” or, worse, as a vendetta. But when the goal is persecution, ethics and “fair chase” are abandoned.

If the agencies continue down this path, it’s clear they will lose legitimacy with the public at large, and efforts to take away management authority will only strengthen. For instance, voters in a number of states have already banned the recreational trapping of wildlife, always over the objections of state game farming agencies. Efforts are now afoot to ban trapping in Oregon and other states may soon follow suit.

The trend towards greater restriction is seen as the only way to rein in the abusive policies of state game farming agencies. In California, voters banned hunting of mountain lions in 1991, and an effort is underway to ban bobcat trapping. Oregon banned hunting of mountain lion with dogs. In other states, there are increasing conflicts between those who love and appreciate the role of predators in healthy ecosystems and state game farming agencies.

Bans on all hunting have even occurred in some countries. Costa Rica just banned hunting, and Chile has so limited hunting that it is effectively banned. I suggest that the maltreatment of predators displayed by state game farming agencies will ultimately hasten the same fate in the U.S.

George Wuerthner has visited over 400 designated wildernesses across America, and  published 36 books on a variety of environmental, geographical and wilderness topics. He has worked as a biologist, backcountry ranger, river ranger, hunting guide, and wilderness guide. He now conducts research on predators, wildfire, and wildlands conservation topics.
Wilderness: What and Why
Snow Kiting In Wilderness