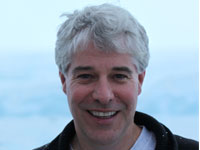 Ten years ago I got out of an MBL pickup truck and walked away from the only road for 300 miles into North America's greatest wilderness. Across spongy tundra alive with the tinkling of Smith's longspurs. Upstream along a braided river channel I shared with harlequin ducks, common mergansers and red-throated loons. Then up a jumbled talus slope with a view to the other side of glacial U-shaped valley through air so clear that the distant tops of unnamed Brooks Range mountains looked like you could toss a rock to the Dall sheep high up on their slopes.
For my one-day walk into the Alaska's Arctic National Wildlife Refuge I carried nothing but a daypack with warm clothes, a rain suit, a day's worth of food and binoculars. For me, it was the perfect antidote to a fast-paced modern world.
The Refuge—as its supporters refer to it—is the crown jewel of protected lands in the US. It's arguably the wildest and least human-modified swath of Earth that we as Americans have collective responsibility for. In one day, I hiked through a small but stunning southern section of the 19 million-acre Refuge that adjoins the north-south corridor for the Alaska Pipeline Haul Road. From there, the Refuge stretches for more than 160 miles—with no roads, no trails, and no other human structures—to the Arctic Ocean.
That now will change. This week the House and Senate included in the tax bill a provision that opens up the Refuge's costal plain to oil and gas drilling. At a time when the nations of the world need cut carbon dioxide emissions and keep fossil fuels in the ground to avoid the most disruptive consequences of runaway climate change, this decision reveals the worst side of human nature.
Wilderness protection started as an American idea. The US created a formal system for designating wilderness when President Lyndon B. Johnson signed the Wilderness Act on September 3, 1964. That Act protected 9.1 million acres on Federal lands.
The Wilderness Act contains a succinct and moving definition of wilderness: "A wilderness, in contrast with those areas where man and his own works dominate the landscape, is hereby recognized as an area where the earth and its community of life are untrammeled by man, where man himself is a visitor who does not remain."
Today's wilderness system encompasses 109 million acres in 44 states. The largest preserve is the 9 million-acre Wrangell-St. Elias National Wilderness in eastern Alaska. Eight million acres of the Arctic National Wildlife Refuge are wilderness. The smallest wilderness is the six-acre Rock and Islands in California's northern coast. While 109 million acres of wilderness sounds like a lot, 40 percent of US wilderness is in Alaska and wilderness makes up less than 3 percent of the total area of the other 49 states.
A few days after my hike into the Refuge, while at the nearby Toolik Field Station, I had the good fortune to hear a talk by Roger Kaye. Kaye, a bush pilot and historian at the University of Alaska, wrote a history of the Refuge's creation, first as the Arctic National Wildlife Range in 1960 and later as the current Refuge in 1980.
Kaye asked his audience, what single word best captures the philosophy behind designating a near-pristine swath of the planet a place where people can visit but not remain. After a minute somebody finally got it. Restraint.
That word stuck with me all these years because it's so utterly perfect. Wilderness is important not because lots of people visit it—but precisely because they don't. I have set foot in perhaps half dozen out of our nation's 765 official wilderness areas. I am unlikely to visit many more.
But the fact that they exist—and the fact that we can agree, through our collective endeavors, to let nature simply be over some meaningfully large patches of Earth—gives me great hope.
The three southern New England states have only one federally-designated wilderness area—but it happens to be our Cape Cod shoreline. It's 3,244 acres of the wild and dynamic Monomoy National Wildlife Refuge in Chatham. Barely one percent of Cape Cod.
But unraveling protections seems also to be a deeply ingrained American idea—and one that cuts close to home. Even small protected areas are contentious. The US Fish and Wildlife Service and the Town of Chatham for the last several years have disputed the sand flats on the west side of the Monomoy Refuge because the FWS argues that some activities—like windsurfing and mussel harvests—are not compatible with the Refuge's primary mission to protect nesting and migrating birds.
On September 15 of last year, President Barak Obama designated the Northeast Canyons and Seamounts National Marine Monument for permanent protection. It's a teeming, 3.1 million-acre marine ecosystem about 130 miles southeast of Cape Cod that is among the least-disturbed underwater habitats of the entire Atlantic Ocean within US territory. The area's extinct underwater volcanoes and marine canyons support thousand year-old corals, seabirds, whales and sea turtles. It's 1.5 percent of the US Atlantic coastal waters.
The pushback by some parts of the commercial fishing industry has been relentless. And the administration of President Donald Trump is likely to oblige. The Washington Post reported in September that a memo from Interior Secretary Ryan Zinke recommended opening the Northeast Canyons and Seamounts National Monument to commercial fishing. Claims that the Monument designation will harm commercial fishing are vastly overblown and contradict data collected by NOAA that show very little fishing actually takes place there.
Battles over wilderness and protected areas—including those just off our shores—go to the heart of who we are and what we are willing to hold sacred. We need places that, in the words of National Park Service biologist Lowell Sumner—who wrote about the Arctic Refuge at its founding—have the "freedom to continue, unhindered and forever if we are willing, the particular story of Planet Earth."
We need places that show we are willing to exercise that most important of human qualities—restraint.

Christopher Neill is an ecologist and Senior Scientist at the Woods Hole Research Center in Falmouth, Massachusetts. He studies the consequences of deforestation and expanding agriculture in the Brazilian Amazon and approaches to management and restoration of grasslands, wetlands and estuaries along the New England coast. From 2008 to 2010 he taught a hands-on course in Arctic ecosystem change to science journalists at Toolik Field Station in northern Alaska.

Thank you for being so eloquent in speaking out for this human quality that receives too little attention.

0 Cancel Reply
Thank you for being so eloquent in speaking out for this human quality that receives too little attention.
Cancel Update Comment