Of Wolves and Wilderness

Of Wolves and Wilderness
By George Nickas

“One of the most insidious invasions of wilderness is via predator control.” – Aldo Leopold, A Sand County Almanac

Right before the holidays last December, an anonymous caller alerted Wilderness Watch that the Forest Service (FS) had approved the use of one of its cabins deep in the Frank Church-River of No Return Wilderness (FC-RONRW) as a base camp for an Idaho Department of Fish and Game (IDFG) hunter-trapper. The cabin would support the hired trapper’s effort to exterminate two entire wolf packs in the Wilderness. The wolves, known as the Golden Creek and Monumental Creek packs, were targeted at the behest of commercial outfitters and recreational hunters who think the wolves are eating too many of “their” elk.

Idaho’s antipathy toward wolves and Wilderness comes as no surprise to anyone who has worked to protect either in Idaho. But the Forest Service’s support and encouragement for the State’s deplorable actions were particularly disappointing. Mind you, these are the same Forest Service Region 4 officials who, only a year or two ago,  approved IDFG’s request to land helicopters in this same Wilderness to capture and collar every wolf pack, using the justification that understanding the natural behavior of the wolf population was essential to protecting them and preserving the area’s  wilderness character. Now, somehow, exterminating those same wolves is apparently also critical to preserving the area’s wilderness character. The only consistency here is the FS and IDFG have teamed up to do everything possible to destroy the Wilderness and wildlife they are required to protect. 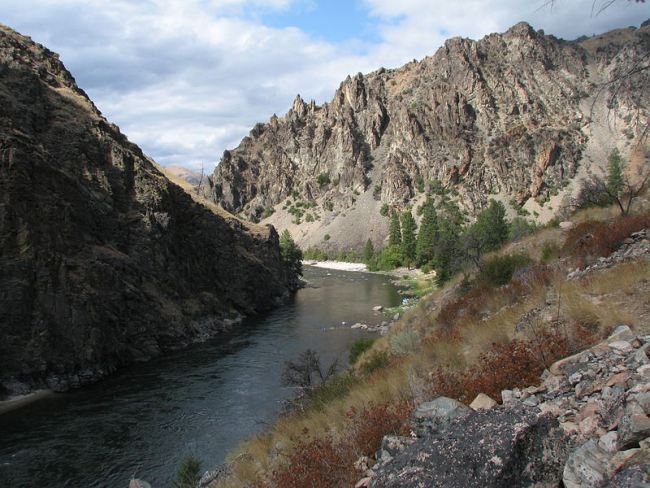 Middle Fork Salmon River, Frank Church-River of No Return Wilderness, Idaho: Where nine wolves were killed by IDFG's hired hunter-trapper. Photo: Rex ParkerWilderness Watch, along with Defenders of Wildlife, Western Watersheds Project, Center for Biological Diversity, and Idaho wildlife advocate Ralph Maughan, filed suit in federal court against the Forest Service and IDFG to stop the wolf slaughter. Our suit alleges the FS failed to follow its own required procedures before authorizing IDFG’s hunter-trapper to use a FS cabin as a base for his wolf extermination efforts, and that the program violates the agency’s responsibility under the 1964 Wilderness Act to preserve the area’s wilderness character, of which the wolves are an integral part. Trying to limit the number of wolves in Wilderness makes no more sense than limiting the number of ponderosa pine, huckleberry bushes, rocks, or rainfall. An untrammeled Wilderness will set its own balance.

The FS’s anemic defense is that it didn’t authorize the killing, therefore there is no reviewable decision for the court to overturn, and that it was still discussing the program with IDFG (while the trapper was in the field killing the wolves). Unfortunately, the district judge sided with the FS and IDFG, so we filed an appeal with the Court of Appeals for the Ninth Circuit. Rather than defend its action before the higher court, Idaho informed the court that it was pulling the trapper out of the Wilderness and would cease the program for this year. In the meantime, nine wolves are needlessly dead.

We will continue to pursue our challenge because the killing program will undoubtedly return. The Forest Service can’t and shouldn’t hide behind the old canard that “the states manage wildlife.”  Congress has charged the FS with preserving the area’s wilderness character and the Supreme Court has held many times that the agency has the authority to interject itself in wildlife management programs to preserve the people’s interest in these lands. Turning a blind-eye is a shameful response for an agency that used to claim the leadership mantle in wilderness stewardship.

Wilderness Watch expresses its deep appreciation to Tim Preso and his colleagues at Earthjustice for waging a stellar legal battle on our behalf and in defense of these wilderness wolves.

George Nickas is the executive director of Wilderness Watch. George joined Wilderness Watch as our policy coordinator in 1996. Prior to Wilderness Watch, George served 11 years as a natural resource specialist and assistant coordinator for the Utah Wilderness Association. George is regularly invited to make presentations at national wilderness conferences, agency training sessions, and other gatherings where wilderness protection is discussed.