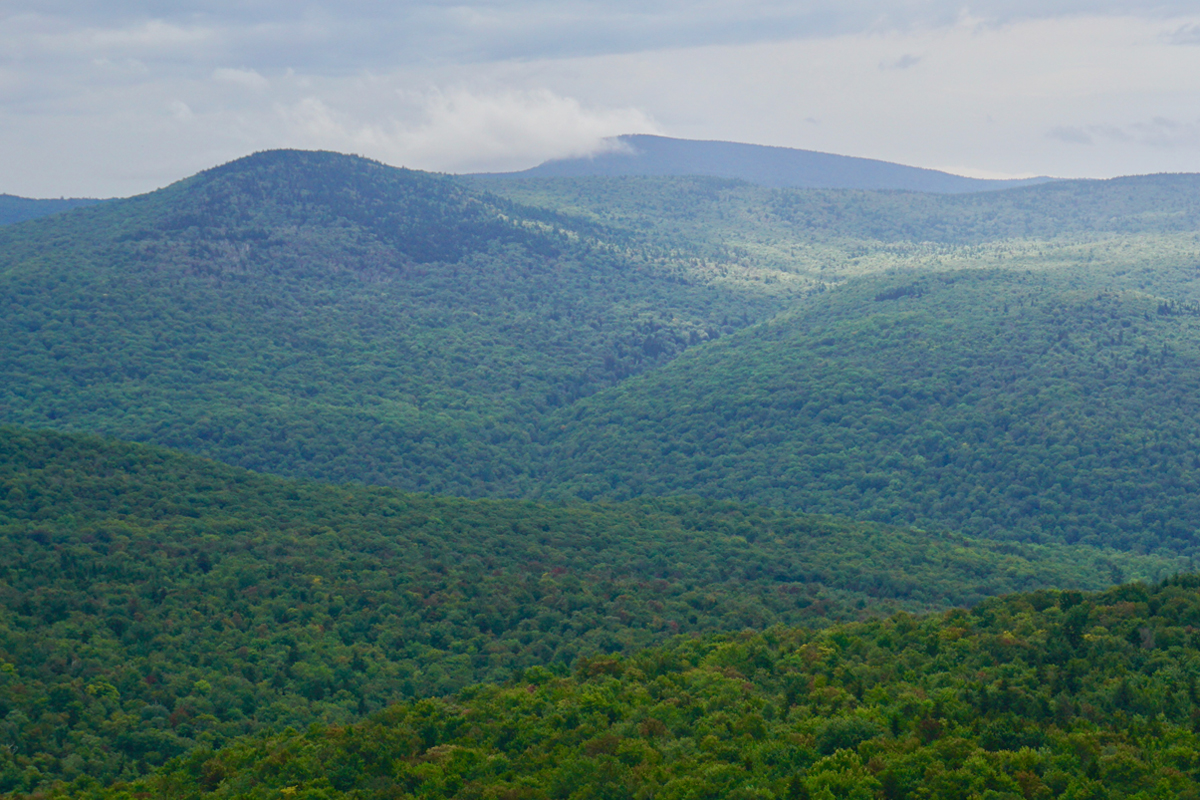 In January, Wilderness Watch spoke out against a U.S. Air Force (USAF) request to the Federal Aviation Administration to approve a permanent Chugs Military Operations Area (MOA) in the Green Mountains in southern Vermont, which has been operating under temporary approvals since 2016. Fighter jets out of Massachusetts would continue some 340 combat-ready F-15 fighter jet sorties a year. Such activity would shatter the area’s natural sounds, ruin the wilderness experience for visitors, and stress native wildlife.

This could lead to permanent F-15 fighter jet flights in three of the eight Wildernesses in Vermont—the Lye Brook, Peru Peak, and Big Branch. A fourth Wilderness—the Glastenbury—is immediately adjacent to the MOA and may in fact extend into the MOA (the map isn’t clear enough to tell). The mature forests, wetlands, wild ridgelines, and peaks are home to moose, pine marten, bobcats, black bears, wild turkeys, beavers, whitetail deer, brook trout, rare birds, and other wildlife. The three Wildernesses total more than 32,000 acres (with Glastenbury comprised of another 22,330 acres), and include some trail-less areas important for undisturbed wildlife habitat and opportunities for solitude.

Research and studies document the serious health effects of aircraft noise on humans and wildlife—such as auditory damage and startling response, plus impacts to animals’ ability to successfully feed, mate, nest, and raise their young. And for people who seek quiet and solitude, military training exercises are always at odds with experiencing such values of Wilderness and should be prohibited. We urged the Air Force to use more appropriate non-Wilderness areas for these overflights.