WW Supports Restoring the Enchanted Valley in the Olympic Wilderness 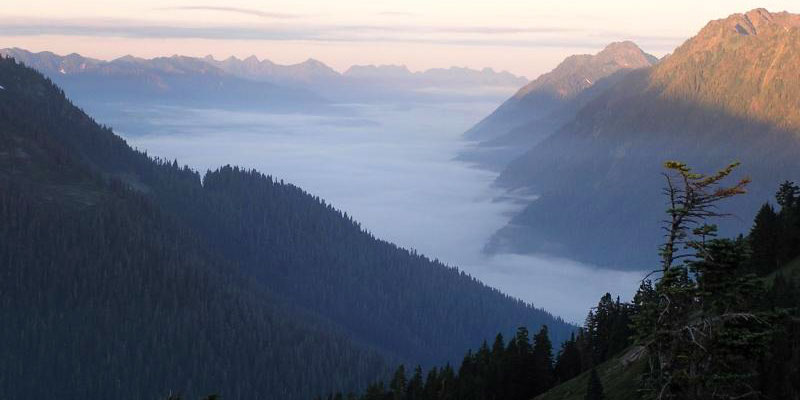 Wilderness Watch is urging the National Park Service (NPS) to completely dismantle and remove the dilapidated Enchanted Valley Chalet in the Olympic Wilderness in Washington. The structure stands in the path of the East Fork Quinault River, and its eventual demise threatens to flood the wild river with brick, metal, wood, and other debris. The Park Service should allow natural conditions to be restored to the Wilderness.

In August 2016, we submitted scoping comments on the Final Disposition of the Enchanted Valley Chalet Environmental Assessment. We noted that the chalet fails to meet the narrow exception the Wilderness Act makes for structures and installations necessary to administer an area as Wilderness. We also noted that the other alternatives—retaining, permanently anchoring, or relocating the Chalet to another area within the Wilderness—fail to preserve wilderness character.

• Read WW's comments on the EA.

In August 2016 we circulated the following action alert on the scoping comment period for the EA:

Take Action to Help Restore the Enchanted Valley in the Olympic Wilderness:
The National Park Service (NPS) is accepting public comments until August 31 on a plan to determine the final disposition of the dilapidated Enchanted Valley Chalet, which stands in the path of the East Fork Quinault River. Its eventual demise threatens to flood the wild river with brick, metal, wood, and other debris. Please urge the Park Service by August 31 to dismantle the old structure and restore the Enchanted Valley in the Olympic Wilderness.

Background: The Enchanted Valley Chalet is located 13 miles from the nearest road, deep within the Olympic Wilderness. Locals constructed it in the 1930s, prior to the establishment of Olympic National Park.   The structure sits on the active floodplain of the East Fork Quinault River, whose channel often changes dramatically and unpredictably. After the river had reached to within 18 inches of the building, and against the objections of Wilderness Watch and others, the Park Service had the chalet moved about 100 feet in September 2014, at a cost to taxpayers of hundreds of thousands of dollars. Helicopters were used to fly in materials and equipment although the Wilderness Act prohibits this. Two years later, the building is once again poised to be swept away.

Now chalet advocates want the Park Service to move the building another several hundred feet to save it, again at enormous public expense. Such a move would require cutting numerous trees and grading a new site for the building, activities prohibited in Wilderness. Additionally, moving the chalet is unlikely to save it as the valley floor is an active floodplain and the river can erode acres of valley bottom with storm-driven winter floods.

The Park has offered four preliminary alternatives for comment: 1) the "no action" alternative, which is to leave it in place to eventually collapse and be washed downstream; 2) setting the chalet on a new foundation where it now stands; 3) dismantling and potentially removing the chalet; or 4) moving the chalet elsewhere in the valley.

The Park Service needs to hear from you by August 31 that it’s time to finally remove this structure from the Olympic Wilderness! Please submit your comments on the plan at the NPS website: https://parkplanning.nps.gov/commentForm.cfm?documentID=72057


Please use your own words, but consider including the following points in your comment letter:

Thank you for taking action to help restore the Enchanted Valley in the Olympic Wilderness!