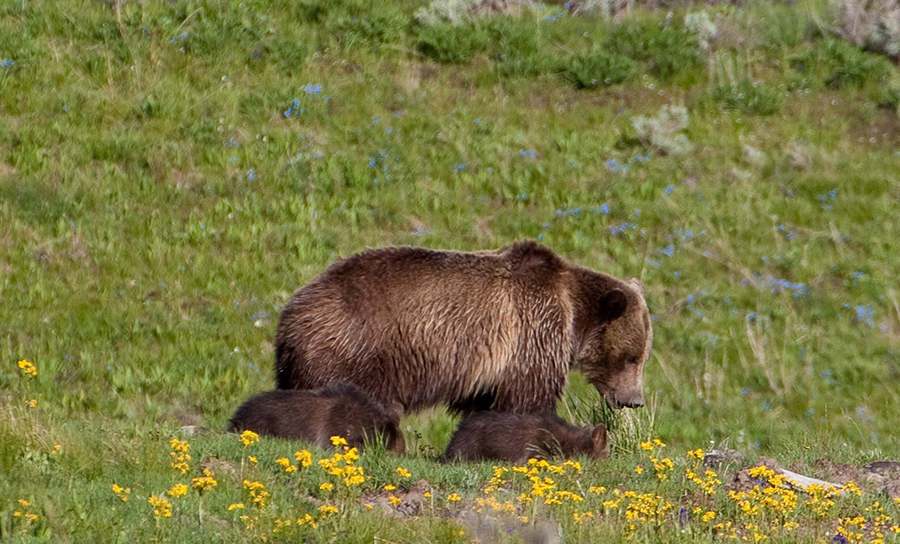 On June 5, 2019, Wilderness Watch, Western Watersheds Project, and WildEarth Guardians filed a lawsuit in federal court to stop the killing of grizzly bears at bait stations used to lure black bears on national forest lands in Idaho and Wyoming. We are represented by Western Environmental Law Center.

Idaho and Wyoming are the only states that allow bear baiting within the range of grizzly bears, and Idaho continues to allow bear baiting even in Wilderness. The Forest Service once regulated bear baiting practices on national forests, but in the 1990s it ceded control to the states, and now too many grizzly bears have been killed, including some trying to return to their historic range in the Selway-Bitterroot Wilderness of central Idaho.

"Grizzlies are making their way to the vast, wild country of the Selway-Bitterroot Wilderness, and they'll get there if we let them," said Dana Johnson of Wilderness Watch, upon filing the lawsuit. "Unfortunately, the many bait stations scattered along that path are death-magnets for dispersing bears. It's past time for the Forest Service to do something about it."

This ongoing death-trap for grizzlies is unacceptable. When the Forest Service changed its policy to allow state control of bear baiting practices, it did so under a legal agreement that any killing of grizzlies would require the agency to re-evaluate the program. It’s long past time for the Forest Service to prioritize protecting this threatened native species by ending state control of bait stations on federal public land, and that’s why Wilderness Watch is pressing this fight.