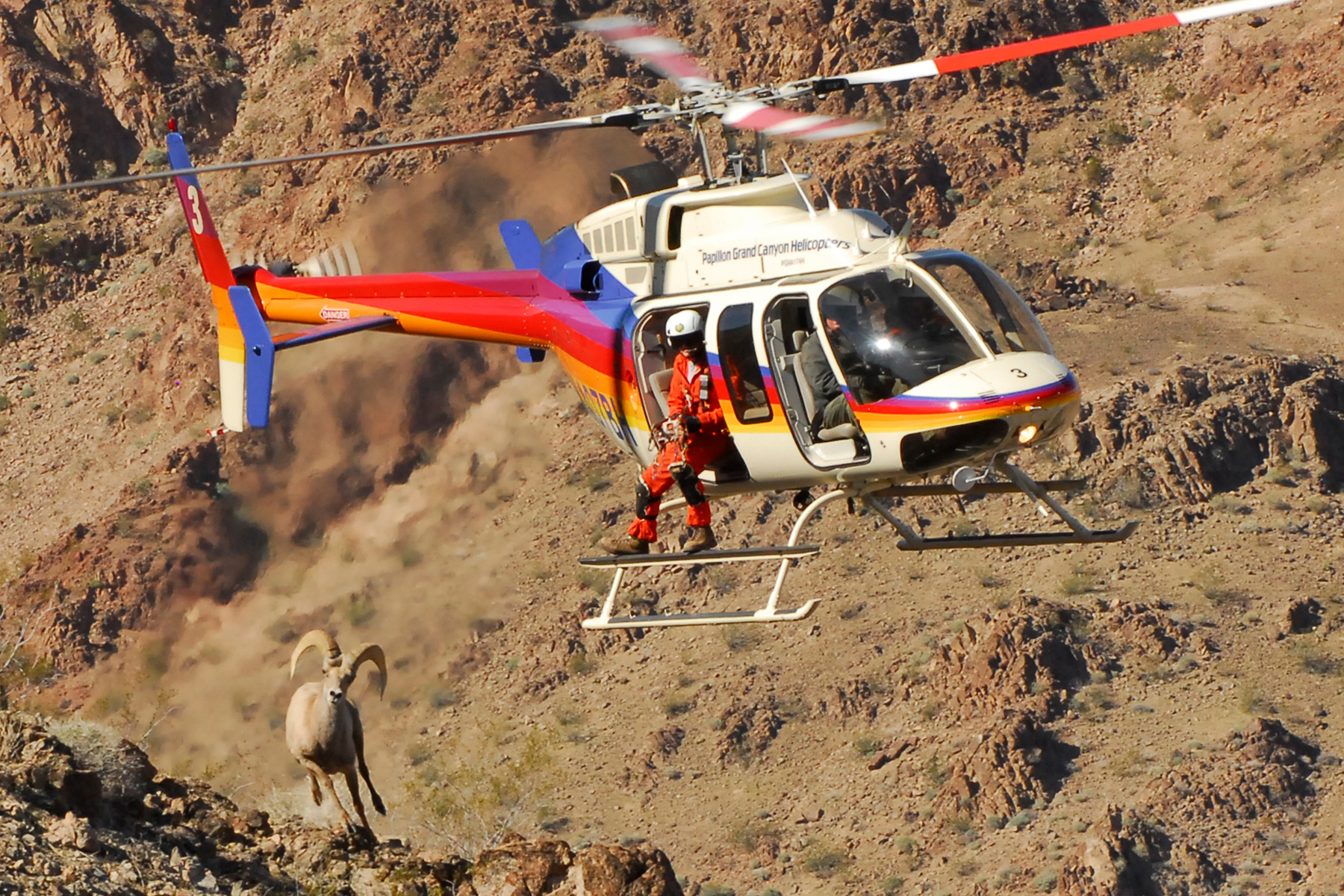 In October 2019, Wilderness Watch, Grand Canyon Chapter Sierra Club, Friends of the Sonoran Desert, and Cyndi Tuell Consulting submitted a formal Objection on another proposal to use helicopters to capture and collar wildlife in Wildernesses. In this case, Arizona Game and Fish Department has proposed up to 150 helicopter landings in the Four Peaks, Hellsgate, Mazatzal, Salt River Canyon, and Superstition Wildernesses to capture and collar bighorn sheep.

Wildlife should be allowed to roam free and unfettered in Wilderness, not captured, collared and electronically monitored 24-7. Wildlife research and monitoring should be conducted in a more wilderness appropriate way, through good old-fashioned on the ground observation and study. Bighorns are not endangered, nor is there anything about these populations that suggests extraordinary measures are justified.

The use of motorized equipment for routine wildlife management is antithetical to Wilderness and is banned by the Wilderness Act, except in those rare instances where such use is essential to wilderness protection or search and rescue operations. This project clearly fails to meet either exception.

This project is a revival of an earlier project.

In February 2015, the Forest Service’s (FS) Southwest Regional Forester favorably responded to objections by Wilderness Watch and others to halt—at least for now—a massive helicopter invasion of Wildernesses in Arizona for an intensive management scheme for the areas’ bighorn sheep populations. In December 2014, Wilderness Watch, with Friends of Wild Animals (FOWA), Grand Canyon Chapter of the Sierra Club, WildEarth Guardians, and SPEAK (Supporting and Promoting Ethics for the Animal Kingdom), filed a formal objection to a FS decision authorizing hundreds of helicopter landings on the Tonto National Forest. The project is one of the most offensive ever approved in a national forest Wilderness, not only because it allows an unprecedented amount of helicopter use, but also because it encourages a “game-farming" mentality that has no place in Wilderness administration and protection. Read more in a press release (PDF).

The plan, proposed by the Arizona Department of Game and Fish (AZGF), would last 10 years and involve hundreds of helicopter flights and 450 helicopter landings in five designated Wildernesses on the Tonto National Forest. This project is related to a separate ten-year proposal, with 200 more helicopter landings, to monitor and possibly place more bighorns into the Pusch Ridge Wilderness on the Coronado National Forest. The state agency would use the helicopters to capture, collar, translocate, monitor and otherwise “manage” bighorn sheep. Wilderness Watch is grateful to Arizona attorney, Cyndi Tuell, lead author on our groups’ objection.

In a letter to the conservation groups, Regional Forester Cal Joyner stated, “Based on my review, I find that the analysis presented in the EA and supporting documentation does not adequately address Forest Service responsibilities under the Wilderness Act and other guidance that requires coordination with States related to wildlife and fish management in wilderness.