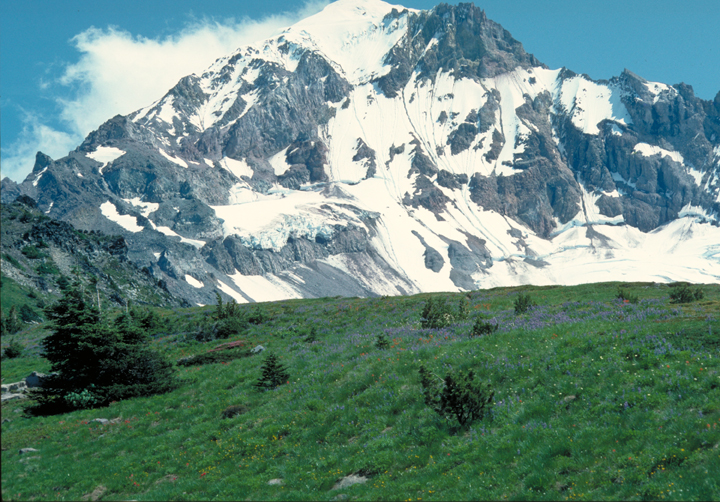 Wilderness Watch is gravely concerned about a U.S. Geological Survey (USGS) proposal to install permanent structures and installations in the Mt. Hood Wilderness in Oregon. The USGS is proposing to build four new permanent volcano monitoring stations on the flanks of Mt. Hood within the Mt. Hood Wilderness in Oregon. These four new stations would be in addition to the 10 existing monitoring stations on or near Mt. Hood on the Mt. Hood National Forest. These stations would be permanent structures and installations that would require an unlimited number of helicopter flights and landings to install the stations and service them for at least 30 years and probably long after that into the future.

The project significantly violates the 1964 Wilderness Act which prohibits structures, installations, and helicopter flights and landings, all of which degrade wilderness character.

In April 2019, Wilderness Watch submitted a formal Objection to the Draft Decision Notice Volcanic Monitoring Stations in the Mt. Hood Wilderness Project. Rather than violate the Wilderness Act, the Forest Service should have fully considered alternatives such as the use of packable, temporary equipment for monitoring volcanoes.