Take down the fence and save Tule elk at Point Reyes 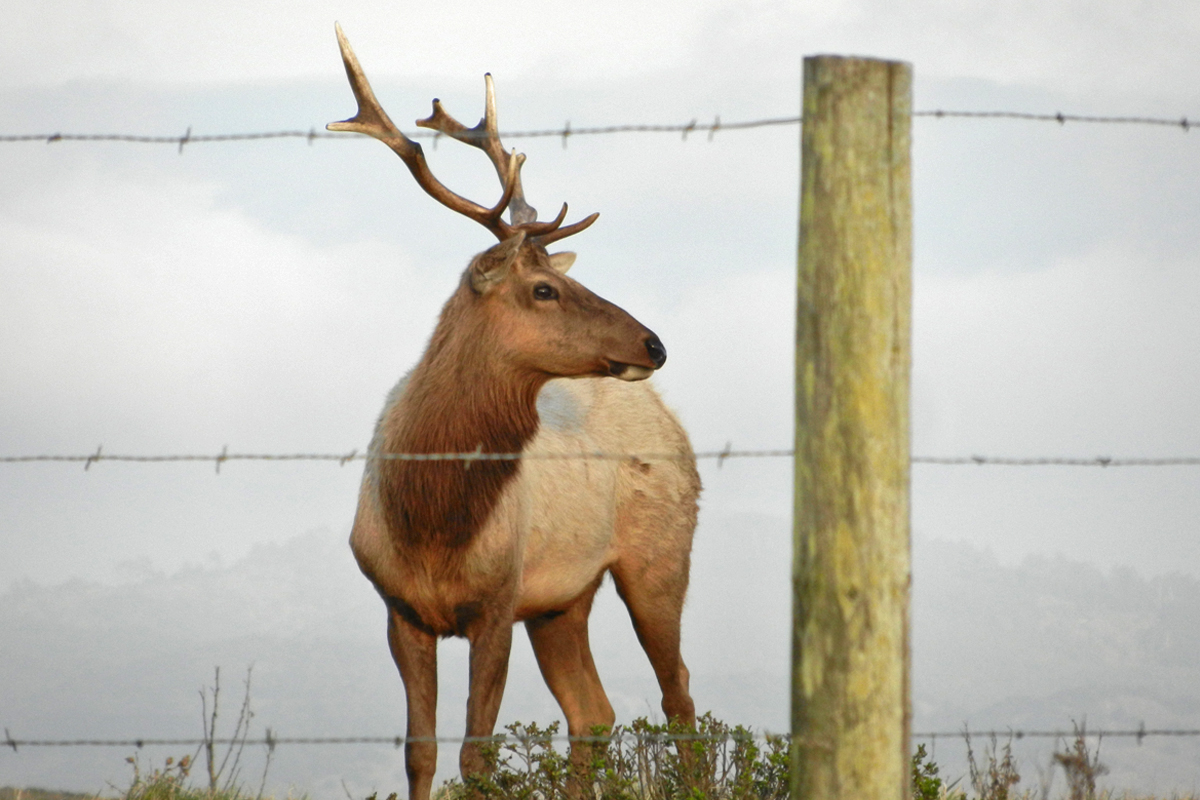 As a tragedy continues at Point Reyes National Seashore in Northern California, Wilderness Watch is urging the National Park Service (NPS) to end the tragic, ongoing deaths of rare Tule elk at Point Tomales in the Phillip Burton Wilderness, by taking down the fence so elk can access food and water. Tule elk, a rare subspecies nearly extinct across California, are rapidly and needlessly dying at the Seashore due to NPS mismanagement. The NPS General Management Plan for Point Reyes keeps elk trapped behind a fence, expands commercial agricultural use, and extends cattle ranch leases for up to 20 years.

Instead of protecting the Wilderness and elk that live there, the NPS has the largest elk herd at the National Seashore fenced into an enclosure at Tomales Point. Not only is there not enough forage for the confined elk, but ongoing drought has caused scant freshwater to dry up, leaving the elk dying of hunger and thirst, as documented by visitor photographs of dead and emaciated elk.

The NPS is confining the elk to prevent them from competing for forage and water with the nearly 6,000 cattle that continue to graze at the National Seashore, decades after the government paid fair market value to acquire private ranches and end livestock grazing there. When Point Reyes National Seashore was established in 1962, permitted ranchers were allowed to continue operations for 25 years. In a move that prioritized cattle ranching over the needs of wildlife, some of the ranchers who refused to move after the 25-year time period were granted new leases by the NPS. So, some 28,000 acres of public land at the National Seashore continue to be grazed despite the original agreement to end this commercial use.

Elk, cut off from needed food and water, are dying at alarming numbers. The elk population behind the fence dropped from 540 to 286 in 2015, then 221 more elk died by 2020, and another 25 percent died more recently. The Point Reyes National Seashore belongs to all Americans, not just to ranchers who profit from its use. The NPS must protect the Seashore and its wildlife by putting an end to commercial ranching at Point Reyes like it was supposed to do decades ago.