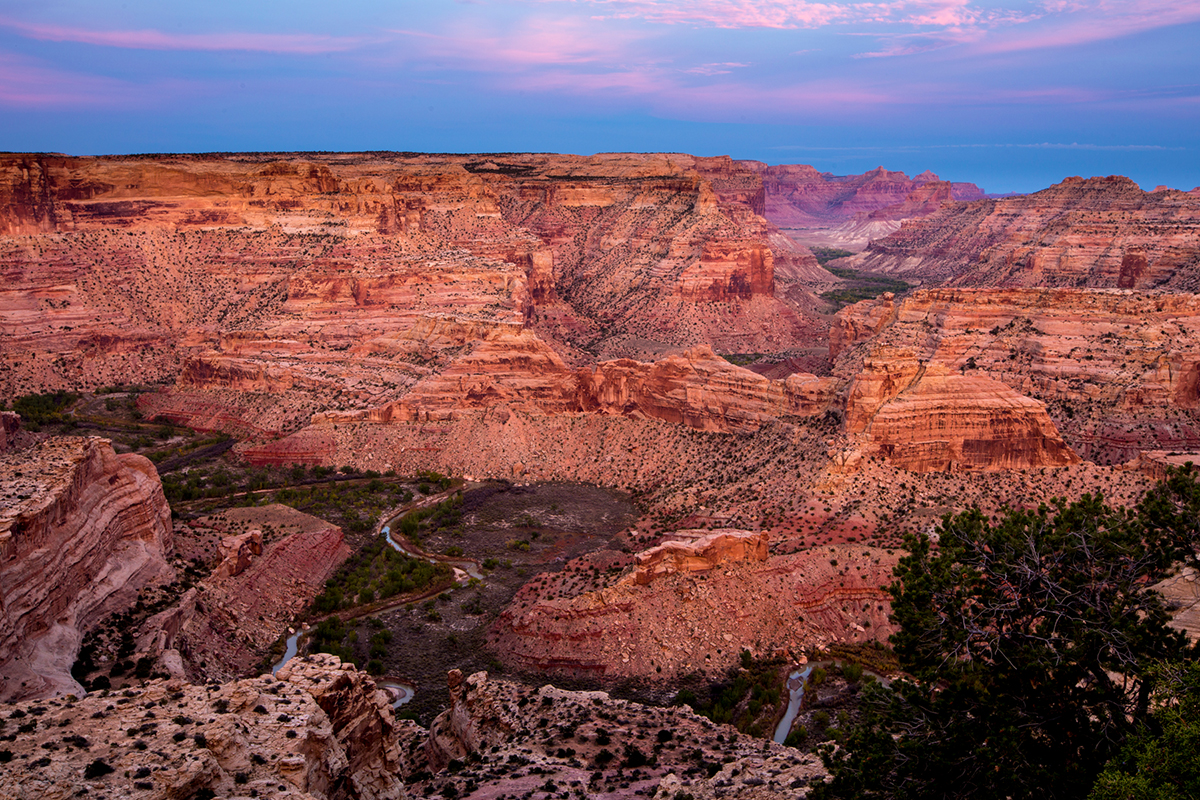 As part of the John D. Dingell Jr. Conservation, Management, and Recreation Act in 2019, Congress designated 17 new Wildernesses (totaling 663,000 acres) in eastern and southeastern Utah, and three Wild and Scenic segments on the Green River. These areas represent some of the most spectacular of Utah’s famed Canyon Country.

The Bureau of Land Management (BLM) has kicked off its planning process to determine how these areas will be administered. Wilderness Watch is urging BLM to prioritize protecting the areas’ wilderness character, to keep them wild and undeveloped, and to emphasize their value for wildlife and solitude for human visitors.

The Desolation Canyon and Turtle Canyon Wildernesses, surrounding Wilderness Study Areas (WSAs), and other adjoining roadless public and Tribal lands in the Book Cliffs constitute a million-acre wild region with superlative wildlife and other wilderness values. Desolation Canyon includes an 80-mile stretch of the wild Green River, which has carved a 5,000-ft gorge providing one of the wildest and most remote river running experiences in the western U.S. Rocky Mountain bighorn, bison, black bear, cougar, elk, mule deer, and at least three endangered fishes all call these Wildernesses home.

The San Rafael Swell has often been touted as Utah’s next national park. It includes 14 new Wildernesses displaying spectacular gorges carved by the San Rafael River and Muddy Creek, and the 75-mile-long San Rafael Reef, a huge, upturned sandstone buttress incised by an array of amazing narrow canyons. To the east lies the Labyrinth Canyon Wilderness, a sprawling benchland of pinyon-juniper and sagebrush, cut by numerous side canyons dropping into the still waters of Labyrinth Canyon itself, where the Green River has carved a deep path through towering buttes and colorful slickrock formations.

Unfortunately and tragically, the boundaries drawn when these Wildernesses were designated included numerous “cherrystems,” narrow corridors of non-wilderness lands that if left open to vehicles will severely fragment the Wildernesses, reduce their value to wildlife, and limit opportunities for a true wilderness experience. Many of these cherrystems are little more than wash bottoms or routes created solely by the passage of an occasional vehicle that remain as scars upon the desert landscape. BLM should close these routes to all motorized and mechanized vehicle use in their plans.

Similarly, BLM needs to ban motorboats on the Green River through Desolation and Labyrinth Canyon. The vast majority of rafting, kayaking, and canoeing parties don’t use motors, and the few that do cause an outsized impact on those seeking an increasingly rare non-motorized experience. BLM should also ban aircraft landing in the Wildernesses and Wild River corridors. There were virtually none when the Wilderness Study Areas were established 30 years ago, but recreational pilots are pushing to reestablish long-abandoned strips throughout the San Rafael country.

Prior to this planning process, in late 2021 BLM proposed to authorize a number of commercial and other special recreation permits in these 17 Wildernesses that could drive overuse by visitors and too many commercial operations. Its “Issuing Special Recreation Permits in Wilderness Areas” Environmental Assessment (EA) puts the cart before the horse by issuing Special Recreation Permits (SRP) before completing the required analysis of current Wilderness conditions. This could lead to BLM approving inappropriate commercial operations within these Wildernesses that would later need to be removed (which could be politically difficult to do). BLM needs to instead protect and properly steward the wild character of these 17 Wildernesses by developing good Wilderness Management Plans first, before it considers what level of recreation use can occur. When BLM does issue SRPs, it needs to sparingly issue commercial recreation permits to protect the area from exploitation.

The BLM also needs to reduce the excessively large group sizes it is proposing (up to 25 people in some areas) for these Wildernesses, and rework its woefully inadequate commercial “needs assessment” that merely inventories current and potential commercial services rather than analyzes what (and whether) commercial services are needed. The EA also fails to consider the effects on Wilderness and wildlife if the recreation permits are issued. Many sensitive species rely on these areas including bighorn sheep, Mexican Spotted Owls, and other raptors.

Utah’s canyon country and its world-class wildlands deserve real Wilderness protection. Given the prolonged mega drought in this part of the world, the last thing the areas’ Wilderness and wildlife need is increased stress brought on by inappropriate or excessive human use.