One of the East's largest Wildernesses threatened by massive strip mine 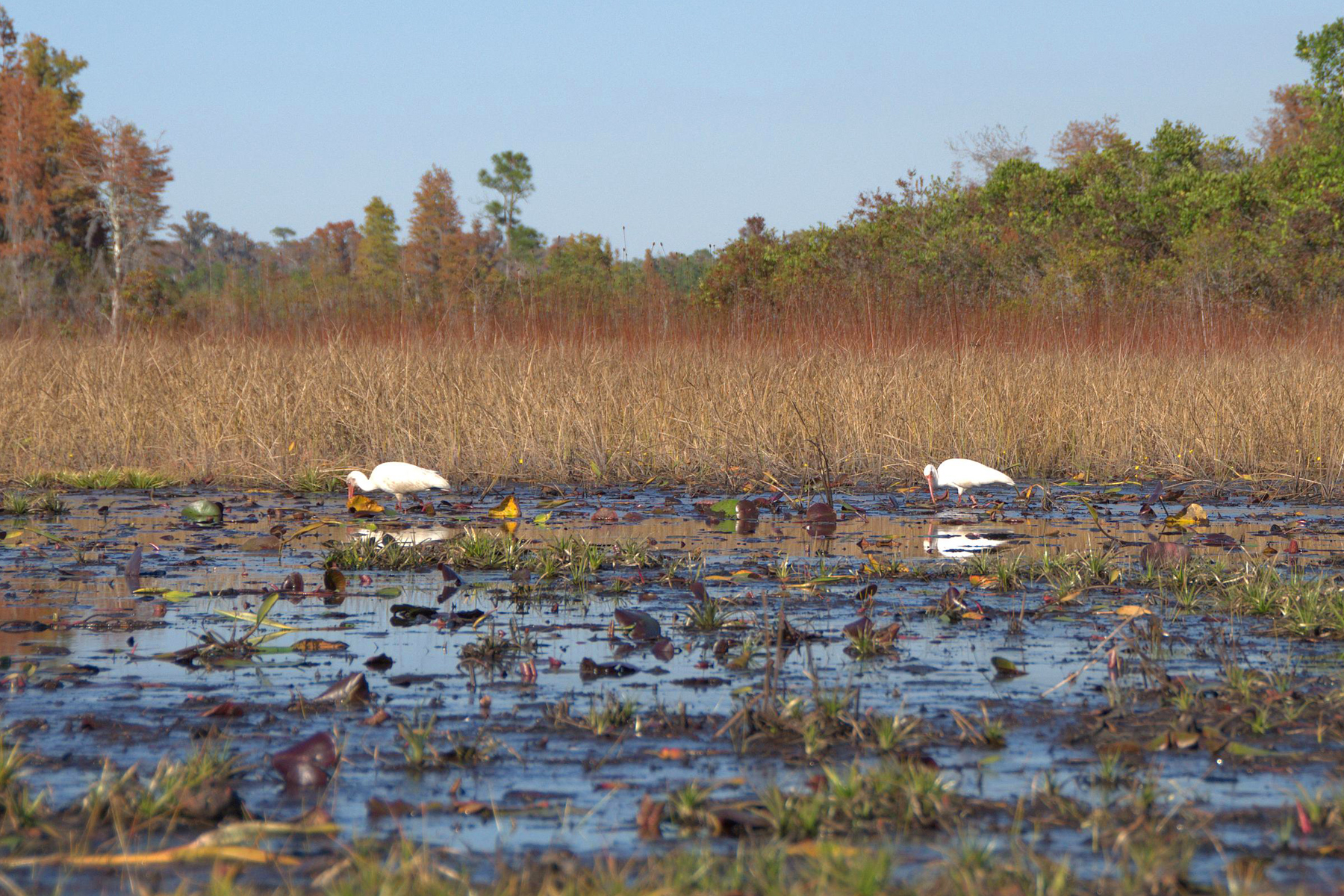 The Okefenokee Wilderness, part of one of the world’s largest still intact blackwater swamp ecosystems and important habitat for native wildlife such as black bears, American alligators, and red-cockaded woodpeckers, is once again threatened by a titanium and zirconium mine at the doorstep of its namesake national wildlife refuge (NWR). The 354,000-acre Okefenokee Wilderness in southern Georgia makes up almost 90 percent of the Okefenokee NWR and is one of the largest Wilderness areas in the East.

The U.S. Army Corps of Engineers told Twin Pine Minerals of Birmingham, Alabama that a full environmental impact statement (EIS) would be required to evaluate the adverse impacts of its proposed 12,000-acre titanium and zirconium strip mine on the Okefenokee’s eastern edge. Facing significant public opposition and concerns from the U.S. Fish and Wildlife Service, Twin Pines Minerals announced on February 10, 2020 that it was withdrawing its proposal. Twin Pines has since resubmitted an application for the first phase of the mine as a “demonstration project” spanning 898 acres in the hopes of avoiding the scientific scrutiny and public comments that go with a full-blown EIS. Their latest proposal asks the Georgia Environmental Protection Division (GA EPD) to grant five permits needed to excavate the heavy ​minerals.

In 2019 and 2020, Wilderness Watch members and supporters sent over 35,000 emails to the U.S. Army Corps of Engineers urging them to reject the Twin Pines Minerals strip mine proposal. We’ll continue to pressure the U.S. Army Corps of Engineers to reject Twin Pines Minerals’ ill-advised mine. Additionally, WW members and supporters sent 13,000 emails to the Georgia Environmental Protection Division in Spring 2021.