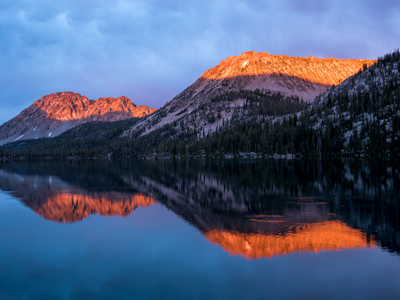 In 2020, the Trump administration took a wrecking ball to America’s bedrock environmental law, the National Environmental Policy Act (NEPA). NEPA is the only law that requires the federal government to consider the environmental impacts of its decisions and gives the public a voice in those decisions.

The Biden administration responded with an April 2021 order by Interior Secretary Deb Haaland aimed at reversing changes to NEPA. Among other things, the order states that Interior bureaus and offices should not apply 2020 changes to the National Environmental Policy Act (NEPA) “in a manner that would change the application or level of NEPA that would have been applied to a proposed action before the 2020 Rule went into effect.” The new order also seeks to align the Interior Department with the President’s climate solution priorities.

Over the law’s 50-year history, citizens have relied on the National Environmental Policy Act (NEPA) to protect our public lands from a host of threats ranging from mining, road building, logging, and burning, to herbicide spraying and livestock grazing. Wilderness Watch has relied on the NEPA to defend America’s National Wilderness Preservation System—and the wildlife that calls it home—from predator control, motor vehicle use, helicopters, grazing developments, and even new mining and roads.

The Trump administration’s changes dismantled NEPA as we know it—by allowing more resource exploitation and environment damage on our public lands with little regard to imperiled plants and wildlife, clean water, clean air or even Wilderness.

Agencies will no longer need to consider an area’s “unique characteristics” (which courts have interpreted to include Wilderness designation) when determining whether an Environmental Impact Statement is necessary, essentially allowing agencies to disregard the special status of Wilderness.

The new Trump-era rule creates loopholes for the federal government to ignore public comment. NEPA is the only law that gives the public a voice in federal decision making, so any attempt to limit public comment silences people and communities interested in protection of our public lands, particularly those who could be harmed the most by federal actions.

And if all this isn’t enough, incredibly, mining, logging and other extractive industries would be allowed to conduct their own environmental review, completely blurring the lines on conflicts of interest.