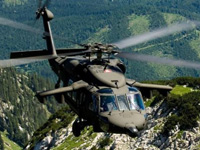 In April 2016, the U.S. Army announced its decision to drop its plan to land helicopters on a number of high-altitude sites on the east side of the Cascades in Washington as part of its military combat training exercises. One site would have been within the Alpine Lakes Wilderness. Wilderness Watch submitted scoping comments on the proposal, letting the Army know the Wilderness site had to be removed from further consideration since the Wilderness Act prohibits the landing of aircraft in Wilderness. We requested further environmental review that would thoroughly analyze noise and other impacts to any Wildernesses or National Parks near the other proposed helicopter landing sites. We encouraged the Army to follow Federal Aviation Administration (FAA) guidelines to protect Wilderness by restricting overflights to no less than 2,000 feet above ground level. We also sent out an alert encouraging wilderness advocates to comment. The Army noted that more than 2,350 people weighed in on the proposal.