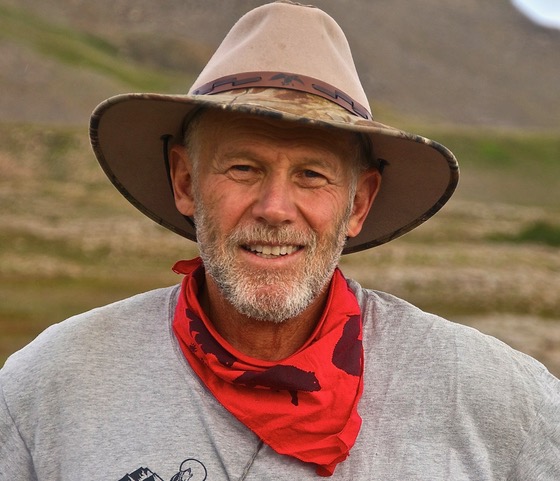 In late October, Marilyn and I headed south for a 226 mile 21-day float trip down the Grand Canyon of the Colorado River. There were four of us, in two rafts. For most of the 20,000 or so folks who annually float the Colorado, the scenery and numerous challenging rapids are big attractions. But for Marilyn and me, the big draw was the vast desert wilderness that the river punctuates. Although I hadn’t rowed challenging whitewater in nearly two decades, we all made it through the rapids upright, though I had a few close calls.

Wilderness. The Big Outside (Foreman and Wolke, Revised Edition 1992) inventoried the Grand Canyon wildland complex at 2,700,000 acres of roadless country in one unbroken block, the fourth largest such area in the lower 48 states. The 2.7 million acre wildland includes over a million roadless acres within Grand Canyon National Park, but also a number of contiguous national forest and BLM roadless areas and designated wildernesses.

%MCEPASTEBIN%
%MCEPASTEBIN%
%MCEPASTEBIN%
Tags:
Wilderness chainsaw Forest Service Weminuche South San Juan
Tweet
Recent Comments
Guest — Thomas H Small
I believe the Grand Canyon Dam should be protected for all current and future generations of people who live near the beautiful ar... Read More
Friday, 23 April 2021 06:35
Guest — Richard Baker
I took a class in my Geology of National Parks course on the long float trip over 40 years ago. It was the most memorable trip of ... Read More
Wednesday, 21 April 2021 10:38
Guest — Constance Stepanek
What a better person I am for having read your essay. Truly your protection of the wilderness will already be remembered. No dou... Read More
Tuesday, 20 April 2021 13:47
Continue reading

Wilderness: Is it all about us?

A while back I received an email from the founders of a recently established organization that was created out of a concern for the “wilderness visitor.” They wrote to challenge Wilderness Watch’s long-time insistence that the fundamental mandate in the Wilderness Act requires managers to—first and foremost—protect each area’s wilderness character. They claim WW’s position misinterprets the law, has incorrectly shaped the views of much of the conservation community and, to the degree we influence the federal agencies, caused them to protect Wilderness from the people.

The gist of their argument is that Wilderness was established to provide recreation opportunities, and that the emphasis many put on protection is diminishing the recreational opportunities that Wilderness affords. To bolster their view they point to language in the law, repeated three or four times, that says wilderness areas “shall be administered for the use and enjoyment” of the American people. The law’s protection requirements, according to their point of view, are operative to the degree they don’t unduly interfere with the overarching purpose of providing recreational opportunities.

I’ve heard variations of this argument before. A long-time wilderness advocate once tried to convince me that recreation was the chief purpose of the Wilderness Act, and as proof offered that the Act uses the words “use and enjoyment” or “recreation” a combined seven times, while “protect” or its derivatives are used only five. I replied that since the Wilderness Act uses the word “mining” 11 times, maybe it was mining, not recreation or protection that the Act sought to achieve! It ended that discussion, but obviously hasn’t ended the debate.

The benefits of “use and enjoyment” of Wilderness were also high on Zahniser’s list, but the concept wasn’t merely synonymous with recreation. He understood the phrase in a much more expansive and meaningful way. Responding to a critic who claimed it was rather selfish to set aside large areas for the limited few who would use them, Zahniser insisted that those who sought out wilderness deserved the opportunity to experience it, but he also explained that the use and enjoyment extended to

None of this suggests recreation isn’t an important public purpose of Wilderness. To many of us our time spent in Wilderness is essential to our being. But Wilderness is valuable for many reasons, including for its own sake; it doesn’t derive its value from us. Wilderness can exist and thrive without recreation, and indeed some areas do, but for us to have an authentic wilderness experience there has to be a real Wilderness to enjoy.

*Quoted from “The Wilderness Writings of Howard Zahniser,” by Mark Harvey. A must read for wilderness advocates who want to understand more about the person, the ideas and the language underpinning the Wilderness Act.
------------------

George Nickas is the executive director of Wilderness Watch.

%MCEPASTEBIN%
Tags:
Wilderness chainsaw Forest Service Weminuche South San Juan
Tweet
Recent Comments
Guest — Johanna Schwarzer
There is nothing better than being in the great outdoors, listening to the birds, observing the wild animals, observing bushes and... Read More
Tuesday, 06 April 2021 11:31
Guest — Janet Muir
I read with appreciation George Nickas’ comments in “Wilderness: Is it all about us? Over the years, I have enjoyed several week... Read More
Wednesday, 31 March 2021 13:31
Guest — Maggie Frazier
I absolutely agree! As someone who very likely will never be able to physically "engage" in any Wilderness Area, the knowledge th... Read More
Wednesday, 31 March 2021 08:53
Continue reading

Bill Worf, Wilderness Watch’s founder, liked to tell the story of when shortly after the Wilderness Act passed in 1964, engineers at the Forest Service Development and Technology Center expressed their interest in developing a “silent” chainsaw. Their rationale was that if the newly passed wilderness bill prohibited noisy machines, a really well muffled chainsaw would pass muster since only the operator would hear it. Bill told them not to bother—the Wilderness Act didn’t ban motorized equipment simply because it made noise, but rather because it represented a level of technology that was not in keeping with the ideals of the Wilderness Act.

Bill would have known. He served on the Forest Service task force that wrote the regulations and policies for implementing the Wilderness Act, and then became the first Forest Service wilderness program leader. Prior to that, as Forest Supervisor overseeing the Bridger Wilderness in northwest Wyoming, he had the opportunity to lead wilderness bill author and chief lobbyist Howard Zahniser on a trip into the Bridger. Bill credited his time with Zahniser with helping him to understand that the wilderness the Wilderness Act sought to protect wasn’t an undeveloped recreation area, but a place where we let nature be—a commitment to humility and restraint. Accept Wilderness on it on its own terms, and use only the lightest touch when allowing for the public uses (recreation, science, education, etc.) it provides.

Congress prohibited chainsaws because motorized tools are about domination—they allow humans to transform the landscape quickly and easily to meet our ends rather than transforming our own attitudes and desires to accommodate the landscape. Chainsaws are the antithesis of restraint. They embody the attitude that our convenience, impatience and demands come first, that we aren’t willing to slow down and meet nature on its own terms, and that there aren’t a few wild places left beyond the reach of our attempts to dominate and control.

Authorizing chainsaws to clear trails, as the US Forest Service regional forester for Region 2 recently did strikes a blow to this foundational tenet of the Wilderness Act itself, and that’s why Wilderness Watch and our allies challenged his decision in court.

But there’s another reason the decision to allow chainsaw use should concern all who care about Wilderness. The regional forester’s rationale for allowing their use—not enough trail crews to clear trails the traditional way—was essentially an admission that the Forest Service has failed miserably to maintain an adequately staffed or trained wilderness program. At a moment’s notice, the agency routinely assembles hundreds of firefighters, planes and heavy equipment to attack even a small wildfire, but from its nearly 30,000-plus employees and $5 billion budget it can’t pull together a handful of trained trail crews to help clear the trails in the Weminuche and South San Juan Wildernesses. Why is that?

About two decades ago the Forest Service effectively abandoned its wilderness program and outsourced the job to volunteers. It began by diverting funds from field crews to pay the salaries of foresters, engineers, or other desk-bound bureaucrats and putting “wilderness” in their job descriptions to make the transfer seem legit. But the main effort was putting the emphasis on creating “partnerships" with volunteer groups to mask the fact the wilderness program was being gutted. Its freshly minted directorship for Wilderness was charged with building partnerships, not rebuilding the agency’s flagging wilderness program. So today while many Wildernesses have volunteer “friends” groups trying to keep trails open or plug holes elsewhere, the agency’s program of a professionally trained and skilled field-going wilderness force has—to borrow a phrase from Bob Marshall—faded like a south-facing snowbank under a June sun.

The real lesson from the proposed chainsaw assault on the Weminuche and South San Juan Wildernesses isn’t that the Forest Service is ignoring the Wilderness Act—that’s hardly news at all. The most important takeaway is that Forest Service leadership has so decimated the agency’s wilderness program that using chainsaws to clear trails is even being discussed.