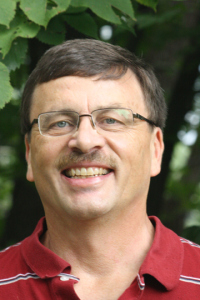 I recently came across an on-line forum asking whether “snow kiting” is allowed in Wilderness.  While snow kiting in Wilderness might still be a rather rare activity, the question bears quite heavily on a variety of activities and the future of the National Wilderness Preservation System.

For those unfamiliar with the sport, snow kiting is an offshoot of kiteboarding (a water sport), but conducted on land and on snow.  Like kiteboarders, snow kiters use large inflatable kites – some are similar to parasails – that allow the wind to pull them along or to jump and glide in the air for seconds at a time.  Kite lines run to a snow kiter’s harness and handle, which are used to maneuver the kite.  Though many snow kiters use snowboards, some telemark and alpine skiers also use kites as part of their sport.


Forest Service Manual 2320.5
Mechanical Transport. Any contrivance for moving people or material in or over land, water, or air, having moving parts, that provides a mechanical advantage to the user, and that is powered by a living or nonliving power source. This includes, but is not limited to, sailboats, hang gliders, parachutes, bicycles, game carriers, carts, and wagons.


At least some of these specific prohibitions have held up in the courts.  A federal court upheld a Forest Service ban on sailboats on wilderness lakes, for example, in one of a series of court cases involving the Sylvania Wilderness in the Upper Peninsula of Michigan.  The 6th Circuit Court of Appeals wrote in this case, “Certainly, Congress could rationally conclude that certain forms of mechanical transport, including sailboats and houseboats, should be excluded from the Sylvania Wilderness in order to preserve the ‘wilderness character’ of the property.”

Wilderness is in part about preserving and experiencing these places from an earlier time and an earlier pace of travel, such as by foot, horseback, or canoe.  According to the Wilderness Act, designated Wildernesses are to be “in contrast with those areas where man and his works dominate the landscape….” If snow kiting and other yet-to-be-created transportation means are allowed in Wilderness, that contrast will be increasingly diminished and indistinct, and Wilderness will cease to be that special place set apart from modern civilization.  I believe that we must stand up for that distinction or we open the door to untold and unforeseen levels of non-human- or non-animal-powered transportation in Wilderness, making Wilderness little different from the rest of our human-dominated landscape.

I understand the concern expressed by some that any restrictions short of an outright ban on all mechanical devices (including, for example, a ski binding) would be somewhat arbitrary.  But it seems that the most reasonable, protective, and defensible rule is one rooted in the methods of travel in common use at the time the Wilderness Act was passed.  This is the approach a federal court took when several members of the Chippewa (also called Ojibwe or Anishinaabe) tribe challenged the prohibition on snowmobile use while exercising their treaty rights to fish in the Boundary Waters Canoe Area Wilderness in Minnesota.  The court relied on the fact that Band members traditionally accessed the area by canoe or on foot at the time of the 1854 treaty, and therefore the Wilderness Act’s ban on modern snowmobiles didn’t constitute an infringement on treaty rights.

If we don’t keep wilderness protections anchored to something solid like the primitive modes of travel contemplated in the law, what’s to protect Wilderness from any whimsical fad, recreational pursuit, or technological advance that comes its way?