Not Open for Business

May 26 Posted by Super User in Commercial enterprise
UPDATE, 9/10: After Idaho Public TV completed filming in the Frank Church-River of No Return Wilderness, the Forest Service released an interim rule authorizing even more commercial filming in National Forests, including Wilderness. This is in blatant disregard of the Act’s prohibition on commercial enterprise. The only qualification in the new rule is that the agency must approve of the film’s message. The content of the message has no relevance in determining whether the activity is commercial, nor is the regulation of free speech an appropriate role for the Forest Service or any other government agency. An agency spokesperson conceded in a Montana Public Radio interview (1/3 of the way through) that the policy would allow James Cameron (of Titanic and Avatar fame) to shoot his next film in the Bob Marshall Wilderness. We find ourselves in the absurd situation where the agency takes on the Orwellian role of authorizing a “wilderness” experience we view from the comfort of our living rooms, while degrading true wilderness to produce this virtual experience.


The following comment was posted on Idaho Conservation League’s blog in response to their 5/20 post, “Wilderness Take Two.”


I was the crew leader on the Trails project, of which was the center of this controversy.
The film crew from IPTV was allowed on our trail project.
I withdrew my consent to be filmed as I have strong beliefs that this type of filming should NOT ever be allowed in our Wilderness areas.
My suspicion that this filming was completely unnecessary was confirmed shortly after our trail work began. We were working the Camas Creek Trail, which begins in the Salmon-Challis National Forest and after 4 miles or so it crosses into the Frank Church River of No Return Wilderness. The film crew would ask several times a day if we could move any faster, If we really needed to fix everything on the trail, When we would get to the wilderness boundary, all the time with the tone of hurry, hurry, hurry....
It was ridiculous. When we finally moved across the wilderness boundary the cameraman stayed long enough to film 2 of my crew members put up a tent and then the cameraman left. Not a single second of trail conservation work was filmed inside the wilderness. This section of filming for, Outdoor Idaho, was a joke. They could easily have filmed outside of the wilderness and avoided this argument altogether and in doing so showed a concerned and valid wilderness ethic, instead of making a mockery of our last best places, our wilderness. 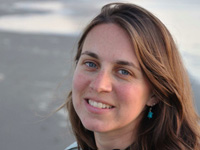 The Forest Service initially made the right decision in denying Idaho Public Television’s (IPTV’s) request to film a trail maintenance project in the Frank Church-River of No Return Wilderness.  It might have gone a step further by suggesting an alternative location where IPTV could obtain the desired footage, thereby avoiding much of the controversy that has ensued.

The Wilderness Act prohibits commercial enterprise, including commercial filming, in these special places, and it’s the responsibility of the Forest Service to implement the laws that Congress passes.  Unfortunately, after receiving pressure from Idaho Governor C. L. “Butch” Otter and Congressman Mike Simpson, Regional Forester Harv Forsgren reversed the decision of local Forest officials and permitted the filming to start immediately.

Many of the commentaries critical of the Forest Service’s original decision are based on the mistaken notion that IPTV’s “non-profit” status under the Internal Revenue Code makes its activities inherently non-commercial.  That represents a misunderstanding of what “non profit” status means.  Courts have routinely held that private, non-profit corporations can engage in commercial activities, and many do, including public televisions stations.  These stations use their programming to obtain advertisers (“corporate sponsors”), not unlike the network and cable channels do, and to solicit contributions from their viewers.

Others have suggested that IPTV’s record of pro-environment programming justifies ignoring the Wilderness Act and giving the station a filming permit.  However, the content of the message has no relevance in determining whether the activity is commercial, nor is content-based speech regulation an appropriate role for land managers in the Forest Service.  One person’s “educational video” is another’s “fundraising tool.”  I’m sure there will be more than a few Hollywood directors willing to put Wilderness on the big screen for the educational benefit of us all.

The Wilderness Act bars commercial enterprise, including filming, because the Act’s framers saw the benefit, indeed the need, to protect Wilderness from being viewed and used as a commodity, and from having its management compromised by economic interests.  Upholding this aspect of the law may not always be politically popular, but it’s the job of the federal land management agencies to make sure they uphold the law.  When public officials put private interests above those of the people they erode the public’s faith in government and its ability to carry out its responsibilities under the law.

There was a simple solution that met the needs of the television station without compromising the protections afforded wilderness.  IPTV could have done its filming on another trail project in the backcountry, but outside the Wilderness.  Idaho certainly doesn’t lack other wild public lands where trail work could be filmed.  This would be a “win-win” solution that provided the desired film footage without compromising the Wilderness Act or the ethics of the agency responsible for managing the FC-River of No Return Wilderness.
PRINT