Good news for brown bears in the Kenai Refuge 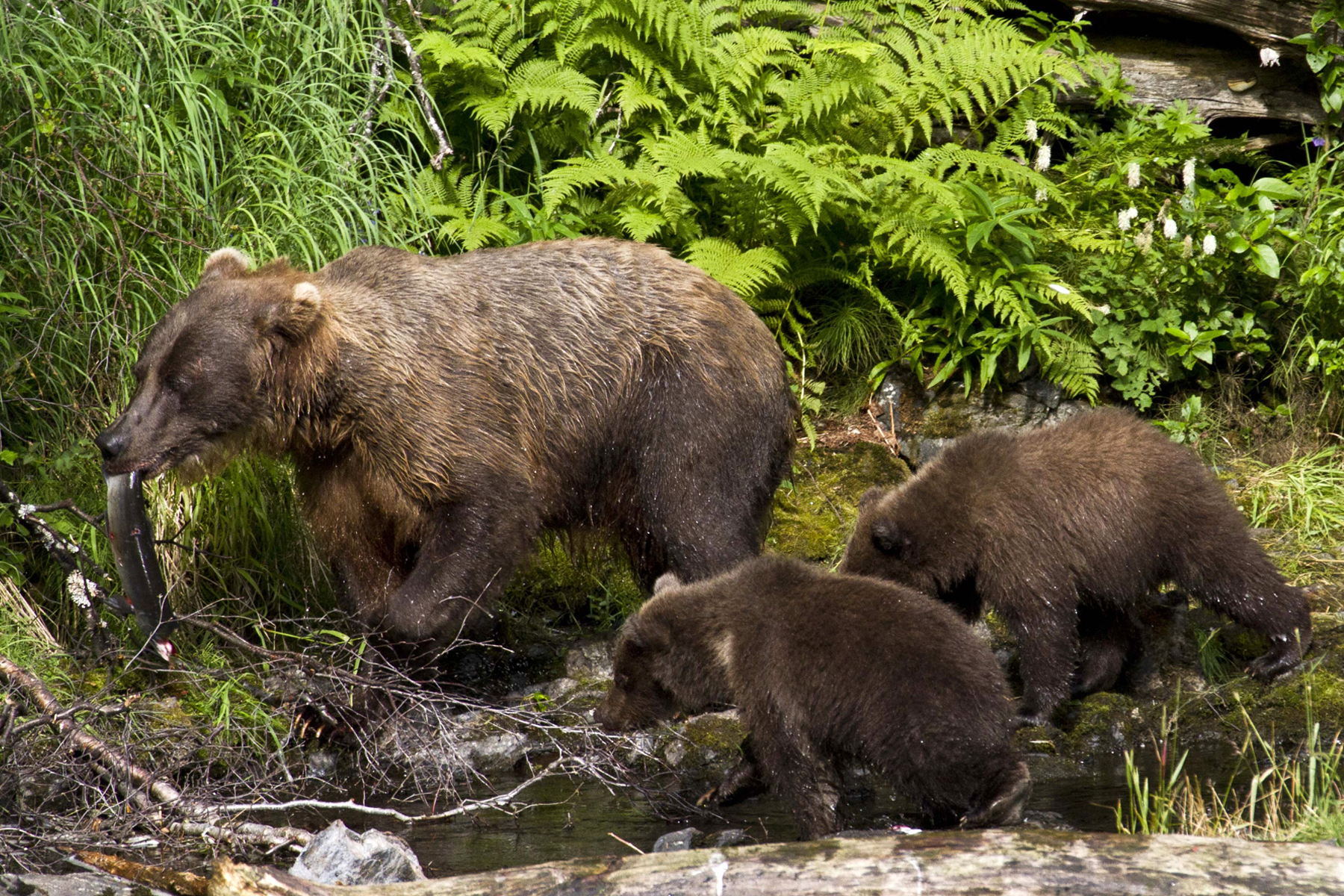 On November 13, 2020, a federal court ruled in favor of protecting brown bears in the Kenai National Wildlife Refuge (NWR) and Wilderness in Alaska. The State of Alaska, the Safari Club International, and the Alaska Professional Hunters Association appealed the District Court decision to the Ninth Circuit in 2021. On April 18, 2022, the Ninth Circuit Court of Appeals upheld the good 2020 ruling.

In 2016, the U.S. Fish and Wildlife Service (FWS) finalized regulations for the Kenai NWR which codified several long-standing, common sense management decisions, collectively known as the Kenai Rule. The State of Alaska, the Safari Club International, and a coalition called the Alaska Professional Hunters Association challenged the Kenai Rule, and Wilderness Watch and our allies intervened in the lawsuit to defend the FWS Kenai Rule. This recent US District Court ruling upholds the Kenai Rule’s prohibition on hunting brown bears over bait in the Refuge and limits some hunting and trapping in the Skilak Wildlife Recreation Area in the Kenai NWR.

Our deep thanks go to Trustees for Alaska for representing Wilderness Watch and our allies on this case. And a big thanks to all of you who have sent thousands of comments to the FWS in support of protecting the Kenai and its wildlife.

While this is an important win for the Kenai NWR and its brown bears, the fight isn’t over—the U.S. Fish and Wildlife Service recently proposed a new rule that would harm the Refuge, its Wilderness, and wildlife by allowing brown bear baiting, eliminating federal restrictions on trapping, and expanding snowmobiling, mountain biking, and ATV use.

The new rule would allow the cruel and unethical practice of allowing hunters to shoot and kill brown bears over piles of bait. The Refuge has a longstanding prohibition on baiting brown bears because it’s in direct conflict with the refuge’s purpose, which is to conserve wildlife in its natural diversity, including maintaining natural predator-prey relationships. The Kenai peninsula brown bears are an especially vulnerable population due to their isolation from mainland populations, low reproduction rates, and the alarming rate of brown bear killing that occurs on adjacent state and private lands. Zero bear baiting of any kind should occur on the Kenai National Wildlife Refuge.

Alaska has a long history of unapologetic predator extermination efforts which are entirely inconsistent with refuge purposes and have no place on national wildlife refuge lands and in Wilderness, yet this rule would align federal policies with state efforts to significantly depress predator populations.

If baiting bears wasn’t bad enough, the proposed rule would open more of the refuge to trapping with fewer restrictions, which would indiscriminately kill more wildlife, reduce the abundance and diversity of wildlife, and cause untold suffering for animals that die slowly for days in a trap. Rather than weakening trapping regulations, trapping should be altogether banned in the Refuge.

Finally, the new rule would further stress wildlife by allowing more access for snowmobiles, bicycles, and ATVs in non-wilderness portions of the Refuge. The rule would also allow hunters to use game carts for the first time. Game carts make it easier for hunters to haul animals they’ve killed back to the car, which effectively encourages more hunters to venture further into the Refuge.

All told, every aspect of the new rule would make the Kenai less of a refuge for wildlife and more of a playground for hunters, snowmobilers, bikers, and ATV riders. Wildlife should come first, with recreation limited so as to lessen human impact on the land and its inhabitants. What is the purpose of a refuge if wildlife finds no refuge there?

On March 16, 2020, Wilderness Watch and our allies fired off our latest legal salvo in the ongoing litigation case to protect brown bears and reasonable hunting restrictions promulgated for the Kenai National Wildlife Refuge and Wilderness in Alaska. The U.S. Fish and Wildlife Service (FWS) promulgated these regulations, which have been challenged by the State of Alaska, the Safari Club International, and a coalition called the Alaska Professional Hunters Association. Wilderness Watch and our allies from several other organizations have intervened in the lawsuit to protect the regulations.

At issue is a set of regulations finalized by the FWS in May 2016 that codified several long-standing, common sense management decisions, collectively known as the Kenai Rule. The State and the Safari Club unfortunately challenged the following three parts of the Kenai Rule: