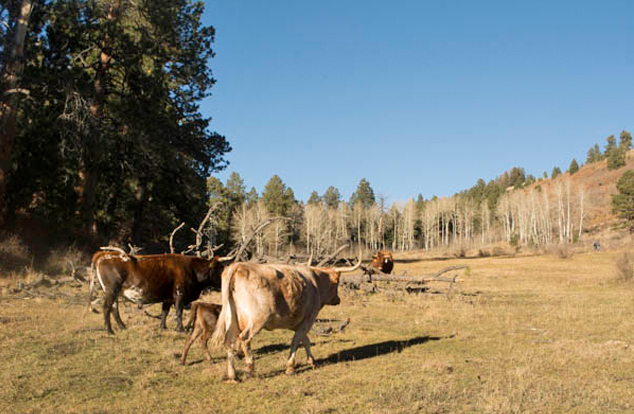 Wilderness Watch is urging the Forest Service to drop its proposed changes to its livestock grazing program on millions of acres of public lands, including Wilderness. The FS’s Rangeland Management Directives were released in the waning days of the Trump administration, and have huge implications for wildlife and Wilderness. Livestock grazing significantly degrades our public lands, and is fundamentally at odds with the mandate of the Wilderness Act that Wilderness remain “untrammeled.”

Incredibly, domestic cattle and sheep are currently authorized to graze about 8 million acres of National Forest Wilderness in the lower 48 states, mostly in critical watersheds particularly unsuited to grazing. Over 2.5 million acres of that total is within vacant (unused and unallocated) allotments. And while the original authors and supporters of the Wilderness Act of 1964 wanted to end grazing in Wilderness because grazing is fundamentally at odds with Wilderness, the politics at the time wouldn’t allow it. Today the negative impacts of livestock grazing are much more clearly understood, including degraded water quality and soils, the spread of invasive weeds, destruction of riparian and other important habitats, reduced forage for and displacement of native wildlife, and much more.

The FS’s proposed revisions would expand grazing across our National Forests and within Wilderness by directing vacant allotments to be fully restocked and by returning grazing to the excessive levels permitted in the 1960s, despite conditions that cannot support increased grazing. This is the opposite direction the FS should take—instead of increasing livestock grazing on public lands, the agency should encourage and prioritize voluntary grazing permit retirement, and should protect Wilderness, other public lands, and wildlife by limiting, rather than increasing, inappropriate livestock grazing in National Forests.

This leftover Trump administration proposal poses other problems as well. It fails to hold livestock grazers accountable by not setting proper standards to adequately monitor conditions on the ground, and it excludes the public from some grazing decision processes. The Forest Service must develop policies that ensure the agency will maintain authority for grazing management decisions and hold grazing permittees accountable for the impacts their livestock has on public lands.

If all this weren’t bad enough, increased grazing would not only fuel livestock grazing’s contribution to the climate and biodiversity crises, but runs directly counter to the Biden Administration’s 30x30 land conservation agenda by sacrificing what could be protected lands to the commercial livestock industry.

The Forest Service needs to do the right thing to do for Wilderness, other public lands, and wildlife by dropping its proposed Rangeland Management Directives. If the Forest Service wishes to amend its directives, it must undertake a more comprehensive rulemaking process that examines and addresses impacts from grazing through a transparent, public process that complies with federal laws, including the National Environmental Policy Act.