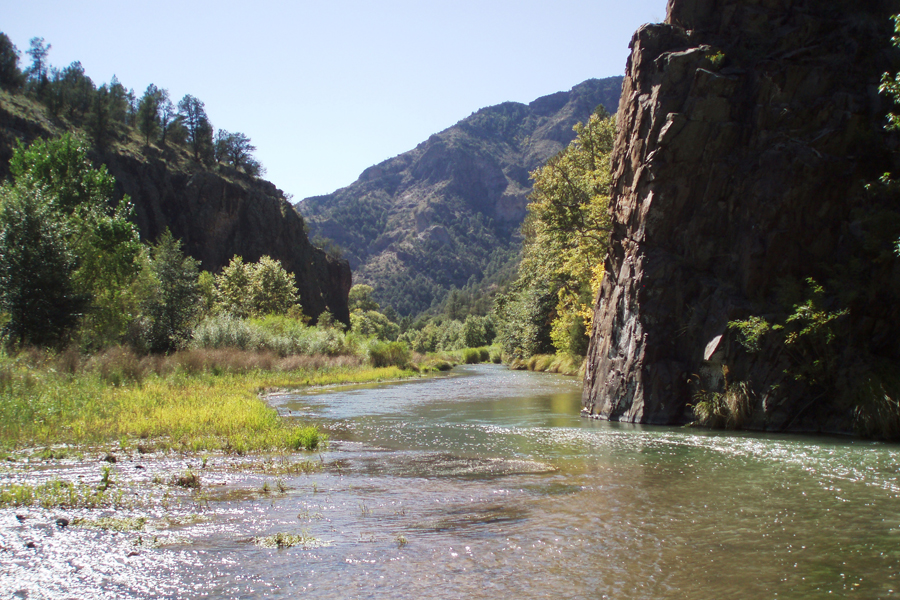 “The massive Stateline Range grazing project is a significant threat to the Gila Wilderness, the Blue Range Wilderness, and the Blue Range Primitive Area, all of which are protected because of their exceptional untrammeled, undeveloped, and ecologically critical character,” said Dana Johnson, staff attorney with Wilderness Watch. “These areas provide refuge to wildlife squeezed into increasingly scarce pockets of wild, secure habitat, and now the Forest Service is opening the gates to thousands of cows and the development that comes with them—fencing, pipelines, storage tanks, water troughs—without any serious consideration of the impacts to this spectacular landscape.”

In addition to allowing the same level of destructive grazing to continue across the massive project area, the FS-approved plan includes livestock grazing in the Gila and Blue Range Wildernesses despite the areas being unsuitable for and easily damaged by livestock. Cattle grazing has reduced native forage available for wildlife, damaged vegetation and riparian areas, degraded water quality, and spread invasive weeds.

“In the face of drought, climate change, and harassment from humans, the Mexican gray wolf has managed to eke out a tenuous living in eastern Arizona and western New Mexico,” said Cyndi Tuell, the Arizona and New Mexico director for Western Watersheds Project. “Instead of supporting the recovery of this species on the brink of extinction, the Forest Service has abdicated their responsibility to protect not only wolves, but all other wildlife, native fish and native plants in favor of the livestock industry’s interests in making a profit off of public lands.”

Thank you to the thousands of Wilderness Watch members and supporters who spoke out against this project.