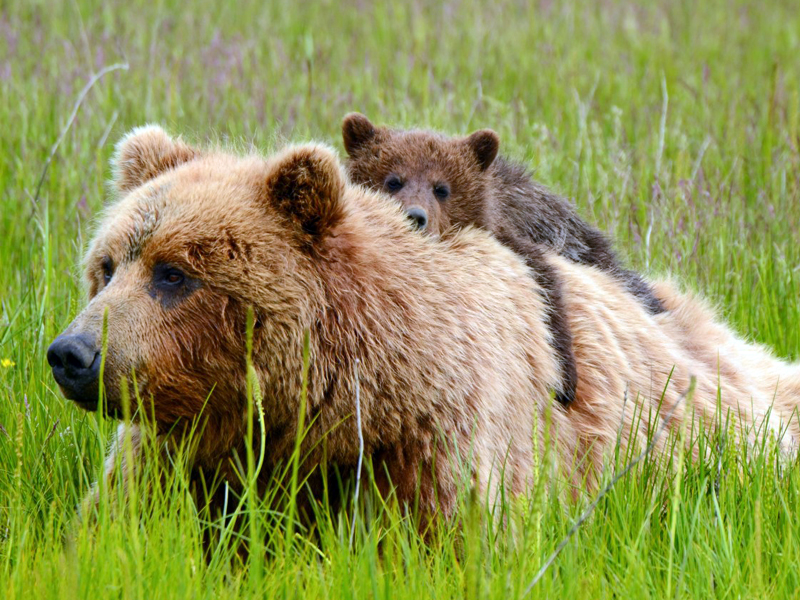 On August 26, 2020, Wilderness Watch, together with a coalition of conservation organizations, filed a lawsuit to stop the Trump administration from reinstating cruel “hunting” practices on 19 million acres of America’s National Preserves in Alaska, which includes millions of acres of Wilderness. National Preserves in Alaska are administered by the National Park Service and are essentially national parks, except that they allow hunting. We are represented by Trustees for Alaska.

Despite the efforts of Wilderness Watch and others, in July 2020 the Trump Administration reinstated cruel “hunting” practices in our National Preserves in Alaska. This is a reversal of a 2015 National Park Service (NPS) rule banning some unethical practices on 19 million acres of National Preserves in Alaska, which includes millions of acres of Wilderness. The 2015 NPS rule codifed temporary restrictions in place for sport hunters only; subsistence hunters are not affected.

On May 20, 2020, Trump’s Interior Department announced a rollback of these protective rules, which were adopted by the National Park Service on June 9. Among the rules that were eliminated were those that prohibited:

These killing methods have no place in wildlife management, let alone in our National Preserves. The State of Alaska, which lobbied for the new rules, currently allows many of these hunting methods elsewhere, so there’s little doubt they will allowed in the Preserves. Not only are these practices barbaric and unethical, but bears, wolves, and other native predators are an integral part of what makes these places truly wild and they should be free from human manipulation in these Preserves and Wildernesses.

Additional background information on the 2015 NPS regulations:
The NPS regulations banned wolf and coyote killing only from May 1 to Aug. 9, and also codified a State of Alaska provision prohibiting any disruption of lawful hunting activities. Wilderness Watch recommended against this provision because it could infringe upon the activities of one group of citizens in favor of exclusive use by another group (hunters). This could have significant consequences for equal use of our public lands in the future.